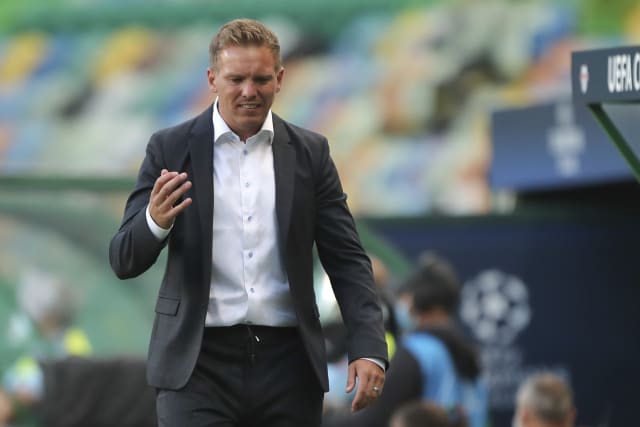 RB Leipzig boss Julian Nagelsmann felt his side just about deserved their victory against Atletico Madrid as the fledgling club reached its first Champions League semi-final.

Tyler Adams’ deflected late shot secured a shock 2-1 win in Lisbon. The 21-year-old American struck the decisive blow after 88 minutes as the tie looked to be heading for extra time.

His low shot from the edge of the area appeared to be going wide but hit Stefan Savic and the ball flew past the helpless Jan Oblak in goal.

Atletico, runners-up in this competition in 2014 in Lisbon and again in 2016, saw a substitute of their own bring them back into the match when Joao Felix equalised from the penalty spot midway through the second half.

Spaniard Dani Olmo had given Nagelsmann’s side the lead at the start of the second half as Leipzig – who were only founded in 2009 – became the first German team outside of Bayern Munich or Borussia Dortmund to reach the semi-final of the Champions League since Schalke in 2011.

“It was a good game for my squad and I am very happy. At the end I think we were a bit better in the final third and that was the difference,” Nagelsmann told BT Sport after the match.

Leipzig will now face French giants Paris St Germain in the semi-finals in Lisbon on August 18,

“We will not have much time to celebrate this victory but perhaps we will drink a beer together in the hotel and then tomorrow we focus on PSG,” Nagelsmann added.

“We have to be very fast in the defence line and we will have to defend very well as there are a lot of stars in this PSG team and it will not be very easy but we try to go to the final.”