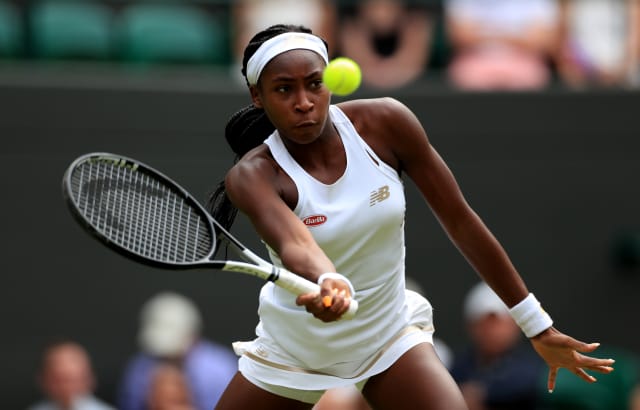 Teenage prodigy Coco Gauff is through to the quarter-finals at the Top Seed Open in Lexington, Kentucky, after she outlasted No 2 seed Aryna Sabalenka 7-6 (4) 4-6 6-4 over nearly three hours on court.

The 16-year-old American was broken seven times and appeared frustrated at her service game as she hit 10 double faults, but she stayed the course to beat the Belarusian who had 14 double faults.

The win, which will see Gauff’s enter the Top 50, was just her third career Top 20 victory following triumphs over Kiki Bertens in Linz last year and Naomi Osaka at the Australian Open in January.

The world number 69 continued her resurgence on clay with her eighth run to a WTA quarter-final on the surface since 2017.

“Everybody was saying I cannot move and stuff, but I don’t think it’s like this; I have more time, so it’s good for me that clay is not that fast, I can focus on my game.

“We grew up on clay, we practised on clay, we played every tournament on clay, and everybody was saying we would be better on grass or hard courts, but I was still thinking my preference was that it was slow.

“So then I started working a bit on the movement and other things, not just the serve and return, and now I’m getting more confident on clay.”

Elise Mertens ground past Camila Giorgi 6-4 6-2 to reach the last eight, in a dogged victory in one hour and 44 minutes.

Romania’s Ana Bogdan was handed a walkover past Ukraine’s Lesia Tsurenko, who retired before the last 16 encounter.