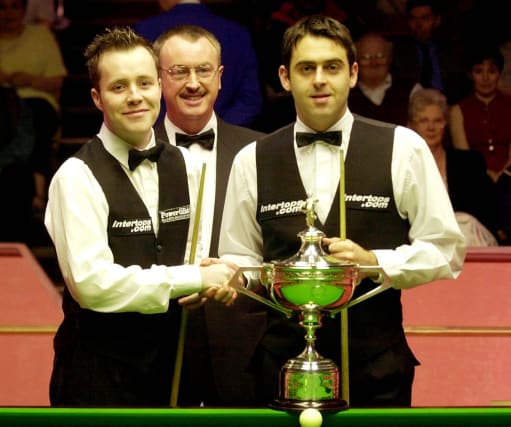 The experienced duo continue to dominate despite graduating nearly three decades ago, while John Higgins, who also turned professional in 1992, hit a 147 maximum break in his second round match at the Crucible this year.
Here, the PA news agency takes a look at the long list of achievements by snooker’s famed ‘class of 92’ in the World Championship, UK Championship and Masters.

The Rocket burst onto the professional scene 28 years ago and became the youngest ever winner of a ranking event when he beat Stephen Hendry in the 1993 UK Championship final aged just 17. It was the start of a fascinating rivalry between the pair and, although controversial at times, O’Sullivan’s speed and prolific scoring marked him out as special early on. He is a five-time world champion and has triumphed at both the UK Championship and Masters on seven separate occasions to become an all-time great.

Despite several ups and downs, the Scot is one of the sport’s most successful players with four World Championship victories, three UK Championship titles and two Masters wins. He was crowned world champion for the first time in 1998 and enjoyed arguably his best spell between 2006 and 2011 where he was number one in the rankings during three different periods. Since victory at the Crucible nine years ago, the Wizard of Wishaw has been runner-up in 2017, 2018 and 2019.

Williams may not have clinched as much silverware as fellow class of 92 graduates O’Sullivan and Higgins, but he has an honour his two rivals have yet to secure – one of only three players to have won all three Triple Crown events in one season. The 2002-03 campaign saw everything click for the Welshman and yet it was the pinnacle of his career, not the start of a dynasty. He would return to snooker’s top table again 15 years later with success against Higgins at the Crucible to claim his third world title.