Sarri seems to be the hardest word – who will succeed Maurizio at Juventus? 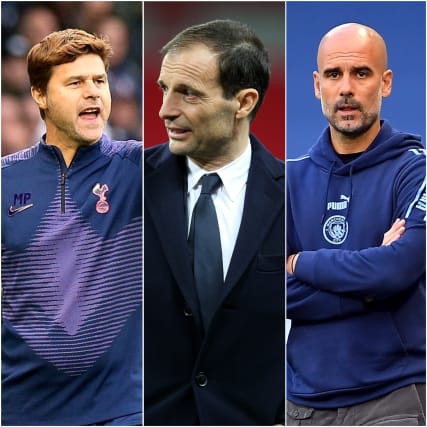 Maurizio Sarri’s time as Juventus boss is over following the Old Lady’s last-16 exit from the Champions League on Friday night.

Here, the PA news agency looks at the contenders to take the reins in Turin.

Still out of work since leaving Tottenham last November, Argentinian manager Pochettino was linked to Juve when Massimiliano Allegri departed at the end of the 2018-19 season. Pochettino had impressed the Turin giants by steering Spurs to a 2-2 Champions League draw at the Allianz Stadium in February 2018, frustrating the Italians but giving the hierarchy food for thought as time began to tick down on Allegri’s successful five-year tenure.

It would come as no huge surprise to fans of Italian football if 52-year-old Allegri were recalled to the Juve hotseat after more than a year away. The Tuscan has been enjoying a sabbatical but could be tempted to resume his push for a 10th major title with Juve, which would ideally be, for all concerned, the Champions League trophy. The Bianconeri featured twice in the continental competition’s final under Allegri’s stewardship, losing both showpieces, meaning he has unfinished business.

Guardiola has repeatedly insisted that his future lies with Manchester City, where he is under contract for another year, despite consistent speculation in the Italian press. City are targeting a first appearance in the Champions League final after ousting Real Madrid to reach the last eight and although winning the trophy this summer might lead him to reassess his personal ambitions, the fact City’s two-year UEFA ban from the competition was overturned by CAS is likely to convince the Catalan to commit officially and push on for further glory with City.

Former Juve midfielder and boss Conte, who kick-started their decade of domestic dominance with three straight titles after taking charge in 2011, represents a step further back in time than Allegri but the fiery 51-year-old has improved his CV since leaving Turin six years ago. He has coached Italy to the quarter-finals of Euro 2016, won the English Premier League title with Chelsea and revitalised an Inter team who are now the clear challengers to Juve’s crown, their goals scored and conceded columns both making for more impressive reading than the champions’.

Less of a household name outside Italy, but veteran coach Gasperini is the toast of Serie A once again after masterminding Atalanta’s unstoppable surge to third place and another shot at the Champions League. Gasperini’s men from the provincial city of Bergamo scored 98 goals last season, winning nine games following the restart to briefly challenge Juve and knock Lazio out of the top three. Gasperini disappointed as Inter boss almost a decade ago and would perhaps be an unfashionable choice for the Juve hierarchy – but then so was one-time banker Sarri.