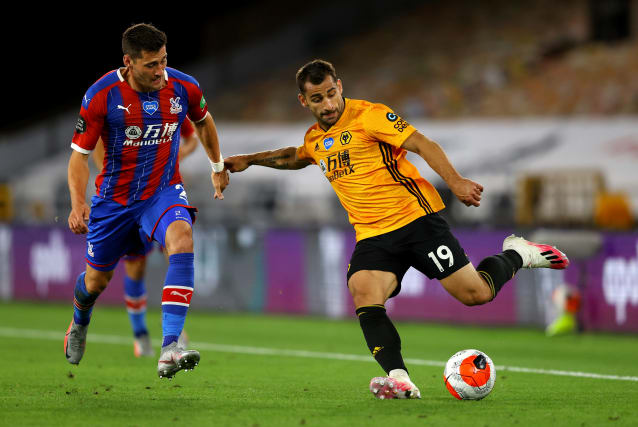 Wolves wing-back Jonny is set for a lengthy spell on the sidelines after suffering a serious knee injury.

The Spaniard damaged his anterior cruciate ligament in Thursday’s 1-0 Europa League win over Olympiacos and will need surgery to repair the problem.

Wolves doctor Matt Perry told the club’s official website: “In the first half of the match with Olympiacos, Jonny suffered an injury to his right knee.

“(On Friday) a scan confirmed the first clinical impression of an injury to the anterior cruciate ligament which will require surgical repair.

“This has been arranged and the whole team wish Jonny well on his path to recovery.”

It is a major blow to the Premier League side ahead of Tuesday’s Europa League quarter-final against Sevilla in Germany, with youngster Lewis Richards joining the squad.