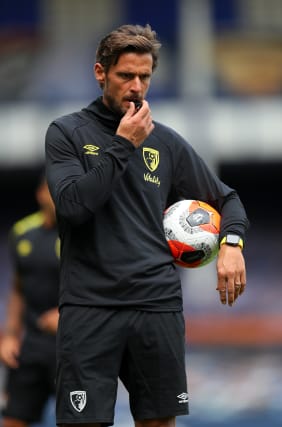 Bournemouth have appointed Jason Tindall as their new manager following the departure of former boss Eddie Howe in the aftermath of Premier League relegation.

Tindall, Howe’s long-serving assistant, had been in interim charge of the Sky Bet Championship-bound Cherries.

Here, the PA news agency picks out five things you may not know about the 42-year-old.

He managed another south coast club

Tindall’s only previous managerial role came at fellow Dorset club Weymouth. He was appointed player-manager of the non-league Terras in January 2007 at the age of 29 following a week of turmoil during which previous boss Garry Hill left and top players were transfer listed. He was sacked a year later with the club hovering just above the National League relegation zone.

His youth career began at Arsenal

London-born Tindall spent four years on the Gunners’ books as a schoolboy. He moved on to Charlton but did not manage a senior appearance before joining a Bournemouth squad which already included Howe in 1998. Tindall represented the Cherries 195 times in all competitions and, after his spell with Weymouth, returned to Dean Court as assistant manager to Jimmy Quinn. He briefly came out of retirement to make two substitute appearances under Howe as the club escaped League Two relegation in 2009.

He and Howe were not always close

Tindall and Howe first forged their managerial alliance following Quinn’s sacking on New Year’s Eve 2008. Despite a 12-year working relationship which included two spells with Bournemouth and 21 months at Burnley, the pair were not particularly close during their playing careers. “We weren’t buddies, we were team-mates,” Tindall said in 2016. “We played and trained together but didn’t socialise away from football. We were two different characters.”

Like Howe, who retired aged 29, Tindall’s appearances as a player were also severely restricted by injury. The defender, who could also operate in midfield, missed 21 months during the latter days of his Cherries career due to a serious knee issue. He later said: “If I had stayed 100 per cent fit, who knows where it could have taken me?”

He is likely to be more vocal than Howe

During their Premier League days, Howe and Tindall seemed to operate a ‘good cop, bad cop’ approach on the touchline. Tindall was very much the latter. His expressive personality and vocal approach could sometimes upset opposition managers. Former West Ham boss Manuel Pellegrini last season accused Tindall of trying to pressurise referee Stuart Attwell during a 2-2 draw in Dorset.