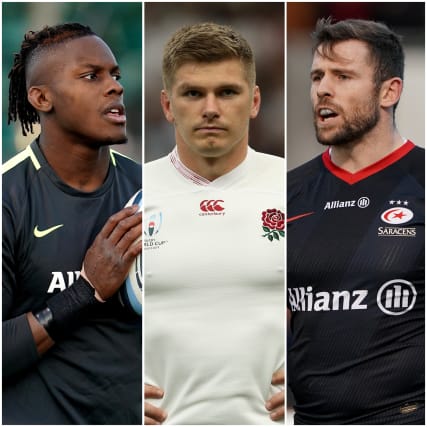 Mark McCall believes Saracens’ England stars have a “golden opportunity” to take a “sabbatical” next term and boost their British and Irish Lions tour selection chances.

Saracens will be relegated to the Championship due to salary cap breaches, but the bulk of their top stars have committed to a season in the second tier.

Owen Farrell, Jamie George, Mako and Billy Vunipola, Maro Itoje and Elliot Daly are all on board for the Championship campaign, and Saracens are already weighing up how best to improve their chances of being picked for both England and the Lions.

Saracens are ready to use those six stars sparingly in the Championship, opening the door to extended rest that could leave them fit and firing for the Lions’ July 2021 tour to South Africa.

McCall will consider sending his England contingent on loan stints to the southern hemisphere’s Super Rugby tournament – and knows that Lions boss Warren Gatland is happy with Saracens’ plans.

“The most important thing for us, if I am honest, is that we get promoted, that is going to be the first priority,” said McCall.

“Those senior players might only need a couple of Championship games to keep them ticking over. If they need more competitive rugby there are avenues to make decisions with that player.”

Asked about possible Super Rugby loans, McCall continued: “I don’t think it is out of the question but this is their golden opportunity to have a quieter club year, something akin to a sabbatical.

“I don’t think if that was to happen it would be for very long. It would be to get enough rugby to make sure they are firing come the Lions tour.

“I talked to Warren Gatland on Monday and he was very happy with the situation.

“The Lions have a warm-up game before the tour where I would expect all of our players selected to tour to be involved. There are some warm-up games before the first Test match and that might be enough for them.

“The opportunity has arisen for these players to have a little bit of a different year and we will look to use it as wisely as we can.”

Saracens have lost nine senior players due to their enforced relegation, while six more flourishing talents have headed on loan before returning to north London in 2021-22.

England boss Eddie Jones has already insisted he will have few qualms selecting Saracens’ experienced Test campaigners while they are competing in the Championship.

But now McCall believes Saracens’ stars will in fact have the ideal preparation for the autumn completion of the Six Nations, and the one-off eight-team Test tournament.

Saracens will take on Bristol on August 15 when the Premiership returns after the coronavirus shutdown, with McCall enthusiastic about what is in store.

“They’ve got a huge role to play in terms of the standards they set here, which they’ve done already in this pre-season, and they’re hugely important going forward even though they probably won’t play that many Championship matches.”

Formidable lock Itoje will be right in the running to captain the Lions in South Africa, with Farrell also chief among the contenders. McCall admitted either could comfortably lead the famed touring side.

“I genuinely think that both of those players would do a phenomenal job,” said McCall.

“Probably a slightly different job but they would do a phenomenal job. I think they are both ready to do it.”

Saracens this week announced a salary cap working group, in a bid to move past the cap breaches that led to their impending relegation.

Confirming he will be on that committee, McCall said: “I won’t go into any little detail but the club have acknowledged that there were big mistakes in the past and those mistakes will not be repeated in the future.

“Part of that is what Neil Golding announced yesterday.

“Those mistakes wouldn’t have been made if a process like this had been in place in the first instance.”