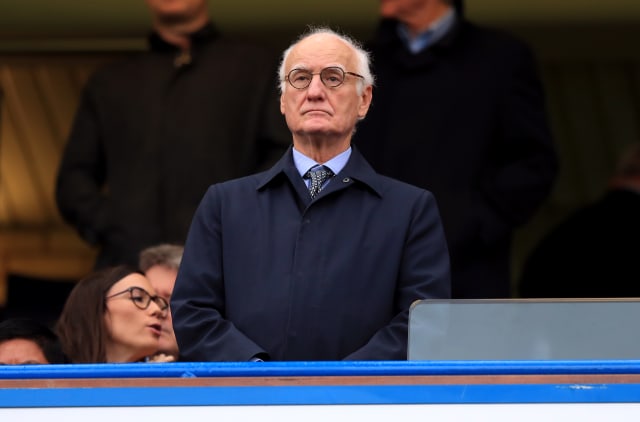 Chelsea chiefs are lobbying top clubs around Europe to follow their lead in the fight against racism.

Stamford Bridge chairman Bruce Buck has revealed the Blues’ board is in close contact with elite football clubs across the continent, as part of the west London club’s continued work against discrimination.

Owner Roman Abramovich has helped Chelsea continue their community projects and supported the NHS throughout the coronavirus lockdown.

And now the Blues’ board is pushing the long-running Say No To Anti-Semitism campaign and the wider fight against prejudice right across Europe.

“I think we are making progress in urging others to follow our lead; several clubs in the UK are doing more, and a couple of clubs in Germany too,” Buck told the PA news agency.

“We do a lot of that, and we’re hoping that we’ve encouraged other sports clubs here and around the world to do more as well.

“So the more everyone can do, the closer we will get to reducing the problem, and maybe even some day solving it.”

Chelsea launched their campaign against anti-Semitism in January 2018, and will continue battling discrimination indefinitely.

Chairman Buck revealed the club are now working with the government’s independent anti-Semitism advisor Lord John Mann in a bid to devise methods of measuring progress in the anti-racism campaigns.

“When we started, I was wondering how the world, our fans, the media would react to it.

“And we’re very pleased that everyone has reacted positively and has been very supportive.

“One of the problems we have of course is it’s hard to figure out exactly what progress we have made. There are no metrics that we can look to.

“And I have talked to John Mann and actually we are trying to figure out how you gauge the success of these programs.

“I do feel we have made progress, but it’s clearly hard to measure that in an algebraic formula. That’s a work in progress but something we consider important too.

“It does feel anecdotally as though people feel more able to challenge behaviours, and hopefully that can be a positive impact.

“Our judgement is that we’re very clearly making progress.

Chelsea’s latest initiative in the fight against anti-Semitism has been to adopt an Avro Lancaster bomber aircraft, that is on display at the Royal Air Force Museum in Hendon.

In a continuation of Chelsea’s Hidden Heroes project honouring the RAF’s Jewish personnel who fought in World War Two, Stamford Bridge owner Abramovich has sponsored the club’s adoption of the historic artefact.

Chelsea gave over the entire Millennium Hotel at Stamford Bridge to NHS staff during the height of the Covid-19 pandemic, and have continued a host of community projects.

Buck explained how, with lockdown measures fast approaching in England, owner Abramovich told the club’s board to keep as many community and charitable initiatives running as possible.

“Going back to March 23 and the lockdown, we started looking around at how to approach things given games were off,” said Buck.

“But one of the things that Mr Abramovich said was that he wanted to continue as many of the projects on the community side as we could during the lockdown.

“But he also wanted to do more, and obviously we did a lot for the NHS and the community for the last four months.

“We’ve tried to keep as many of our projects going as we could, and of course the anti-Semitism, anti-racism projects, we’ve seen what’s happening in the US and around the world – racism, anti-Semitism, it doesn’t take a holiday.

“Therefore it’s quite important for us to keep these going as intensely as we have up to now.