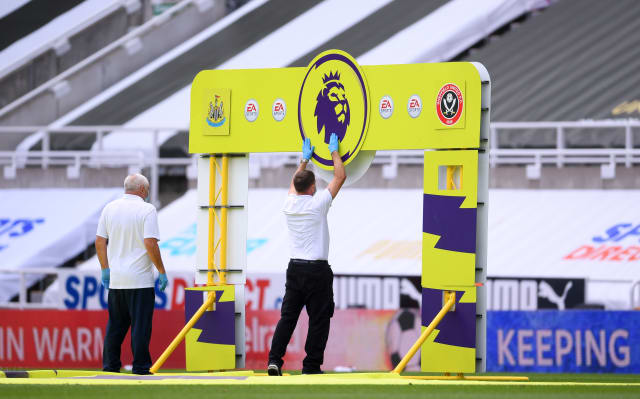 Amnesty International has called for the Premier League to overhaul its “hopelessly unsuited” owners’ and directors’ test.

The human rights group has written to the league’s chief executive Richard Masters and put forward a proposed updated test.

It comes after a Saudi-led takeover offer for Newcastle was withdrawn, with the Middle East country’s public investment fund having been set to take an 80 per cent stake in the Premier League club under the terms of the deal.

The proposed deal was criticised by human rights groups, while Saudi Arabia’s links to piracy of sports broadcasting rights were also scrutinised.

Amnesty said it had “commissioned a new human rights-compliant test from corporate lawyers David Chivers QC and Seamus Woods of Erskine Chambers, together with a detailed legal analysis” and sent it to Masters.

Amnesty International UK’s director Kate Allen said: “The controversy around the Saudi-Newcastle has been a major wake-up call – the Premier League urgently needs to get its house in order.

“The current owners’ and directors’ test is hopelessly unsuited to the task of vetting who gets to own and run English football clubs – it needs a serious overhaul.

“At present, anyone wishing to sportswash their reputation by buying into English football can do so knowing that even their involvement in war crimes or torture wouldn’t stop them.

“The owners’ and directors’ test simply hasn’t kept up with modern trends in international football ownership, not least with foreign powers buying their way into the game.

“Football can be a real force for good, as the excellent Football Welcomes project has demonstrated, but top-flight football needs to sort out this thorny issue of ownership.”

The Premier League has been contacted by the PA news agency for a comment.