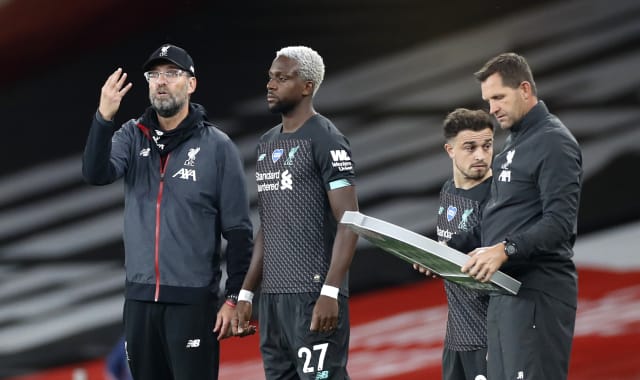 The continuation of the five substitutions rule and the fixture calendar for next season will be the main points of discussion at the Premier League’s annual general meeting on Thursday.

All 20 clubs will be represented at the rearranged meeting, which was scheduled for June before being postponed as the coronavirus pandemic led to the 2019-20 season being lengthened.

The PA news agency understands there will be a vote on whether or not to extend the current ruling to allow five substitutes per match, while a number of other key topics will be discussed.

Competitions were allowed to increase the number of substitutes following the resumption of their respective seasons in an attempt to protect player welfare.

The Premier League altered their rules to allow five changes, rather than three, while clubs were allowed to name nine players on the bench – rising from seven.

Controversially, the rule may now be implemented for the 2020-21 campaign, set to begin on September 12.

The flexibility of that start date is also up for discussion as the desired 30-day break for players would mean some clubs still competing in European competition would have to kick-off the new Premier League season later than others.

If, for example, Manchester City went on to play in the Champions League final on August 23, the 30-day rest period would mean Pep Guardiola’s side could not start their domestic league campaign until September 22 at the earliest.

Also on the agenda is potential changes to the VAR system. The use of the technology has been criticised at times during the first season of its implementation in the Premier League.

FIFA will take control of VAR ahead of the new campaign and the world governing body wants to see the system applied the same way across all competitions.

That would mean the Premier League’s previous stance on pitch-side monitors – with on-field referees rarely using them – and not using the system to check for goalkeeper encroachments on penalties being altered.

Clubs will also be given updates on the current plans for the phasing in of supporters being able to return to stadiums.

The previous season ended behind closed doors due to Covid-19 and, with test events halted due to increases in cases, it remains to be seen when fans will start attending Premier League fixtures once again.