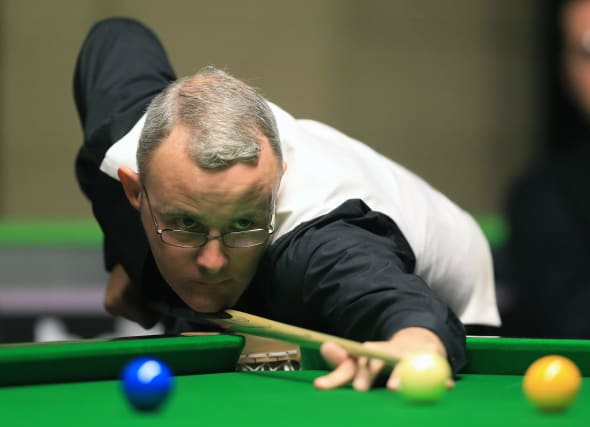 Martin Gould ripped up his retirement speech after cruising into the second round of the World Championship with a 10-3 victory over ninth seed Stephen Maguire.

The 38-year-old was all set to quit the game after enduring what he described as a “dark place” and also being far from certain of retaining his professional tour card for next season.

But after wrapping up a crushing win over recent Tour Championship winner Maguire, which included four centuries in the opening session, Gould revealed he will hold off on his decision to leave the sport.

Gould said: “It was all in my head – I knew exactly what I was going to say and there was going to be no changing my mind whatsoever.

“But now it’s in the bin – I can get it back out if I need to, but hopefully that won’t be necessary. I loved it out there and that’s a big part of it for me.

“For about a year and a half I didn’t enjoy being out there, and when you’re not enjoying what you’ve loved doing for so many years it’s time to go and do something else.”

Gould built his first win at the Crucible since 2011 on the back of a stunning opening session on Tuesday, and managed to scrabble over the line when play resumed.

Maguire’s only resistance came in the 12th frame when he looked set for a maximum after potting 12 reds and 12 blacks before running out of position, and Gould took the next to wrap up victory over one of the tournament’s strong contenders with half a session to spare.

Like Gould, 2013 finalist Barry Hawkins admitted the lockdown had come at a good time for his game after struggling for motivation in recent months.

Hawkins won the three straight frames required to finish off a 10-2 win over Switzerland’s Alexander Ursenbacher then said he had been “getting a little bit sick of snooker” prior to lockdown.

Hawkins said: “It (lockdown) came at the perfect time for me because I was just at that point where I was just getting a little bit sick of snooker, and I think to be honest with you a lot of players were.

“We’ve played so much over the last few years. I think it was just starting to drain me a little bit. It was nice to put the cue away. I didn’t hit a ball for three months.

“It was nice just to spend some time at home – although after a month or two you are starting to go a bit stir crazy. I was actually looking forward to playing again. I’ve got a new cue now and it’s given me that little extra incentive to go and practise.”

Hawkins, who will face Neil Robertson in round two, punished mistakes by 24-year-old Crucible debutant Ursenbacher, the first Swiss player to appear in the tournament’s finals.

The 41-year-old, who posted a break of 84 in Wednesday’s opening frame, said: “I’m pleased with how I concentrated. A couple of mistakes but I’m pleased to get through.”

Maflin bounced back from a slow start by winning four frames in a row to go 4-2 up, before Higgins responded with a break of 101 and reduced the deficit. Maflin then made a break of 81 as he re-established a two-frame lead.