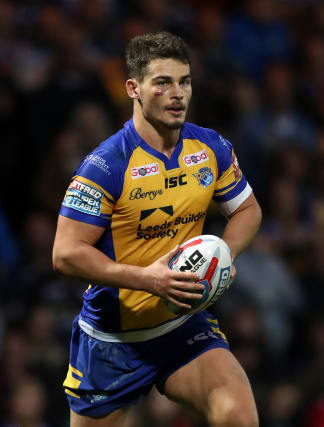 Leeds captain Stevie Ward is still suffering dizzy spells as a result of a head injury sustained in February.

The loose forward has not featured for the Rhinos since suffering a concussion in the opening Betfred Super League match of the season against Hull.

Coach Richard Agar has revealed the club are concerned about the player’s well-being and there is still no timeframe for when the 26-year-old might be able to return.

“He has to get better first,” said Agar at a press conference. “You have got to be ultra careful.

“I think the likelihood of him taking the field while he is feeling these symptoms is zero. Until these symptoms disappear then we are not going to get him back.

“At the moment we are just leaving it with the specialists and the people that are taking care of his head knock.

“There is a fair amount of concern. It was February when he did it. It’s August.

“Initially when we sent him to a specialist, who is a worldwide expert, he said he’d had cases that were six-months plus.

“They did find some other inner-ear issues with him. He’s just with the specialist trying to make some progress.”

Agar also revealed James Donaldson is facing up to six weeks out after fracturing a bone in his back.

The 28-year-old second row was carried off on a stretcher after suffering the injury during the Rhinos’ 27-26 golden-point victory over Huddersfield last Sunday.

Agar, whose side face champions St Helens this weekend, said: “He is in a fair amount of discomfort and has limited movement at the moment but it is probably not as bad as it sounds. We are probably looking at a five- to six-week injury.

“You saw at the weekend he tried to get up and walk off and fell back to the floor. He’s had a difficult 48 hours but, as bad as a fractured back might sound, it is nothing more than a little crack.”