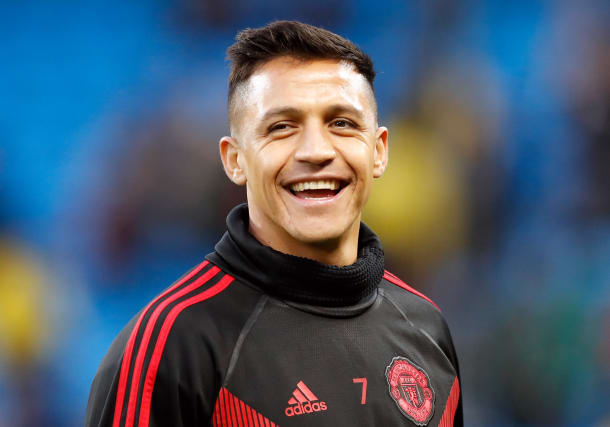 Sanchez joined Inter on loan from United in August last year and the Serie A club have been keen to secure the 31-year-old on a permanent basis.

Inter chief executive Giuseppe Moratta revealed earlier on Wednesday that they would be announcing Sanchez as their player on Thursday.

“I believe so,” Solskjaer told BT Sport when asked if that was the case. “I can confirm that. Alexis has had a good time over there, a good player, so we wish him all the best.”

Marotta is reported on the Football Italia website to have told reporters that Sanchez has signed a three-year contract.

“Unofficially, we’ll make it official (on Thursday) morning, the player is entirely owned by Inter,” Marotta is quoted as saying.

“We have a contract with him for three seasons. We believe in him, that he can be a strong part of this squad and are happy to have concluded this deal.”

Former Arsenal striker Sanchez has scored four goals in 29 appearances in all competitions for Inter this season and came off the bench in their home Europa League victory over Getafe on Wednesday night.

Sanchez linked up with ex-United team-mate Romelu Lukaku at the San Siro when he arrived in the summer of 2019.

The Chile international had endured a miserable time at Old Trafford after United signed him from Arsenal in a swap deal with Henrikh Mkhitaryan in January 2018.

He signed a four-and-a-half-year deal worth £14million a year after tax, but he struggled to reproduce his best form.

It has been reported that United have been paying a sizeable chunk of Sanchez’s £400,000-a-week salary and the player is thought to have accepted a big drop in wages to make the move to Italy permanent.

Arsenal paid Barcelona £30m to bring Sanchez to the Premier League in 2014 and he scored 80 goals in three and a half years with the Gunners.