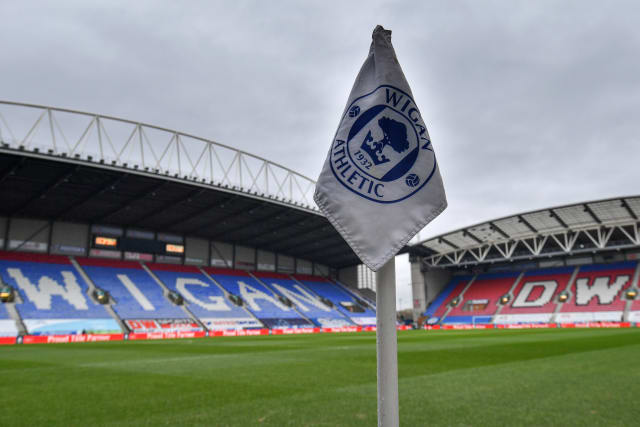 Wigan have failed in an appeal to get a 12-point deduction for going into administration overturned.

The Latics will play in Sky Bet League One next season with the deduction relegating them from the Championship.

An EFL statement confirmed: “An independent arbitration panel has ruled that Wigan Athletic’s 12-point deduction for entering administration last month will stand after dismissing the club’s appeal against the sporting sanction.

“The decision of the arbitration panel is final and legally binding.”

The statement continued: “The reason for this approach was due to the administration taking place after the fourth Thursday in March.

“In such circumstances EFL regulations state that, in the event a club is relegated by virtue of their final position following the conclusion of the league campaign, then the deduction would apply in the following season.

“As the club was not in the relegation places following the last round of Championship fixtures, the sanction was then applied to their 2019-20 total which resulted in a 23rd-placed finish.

“In cases of insolvency, the panel does not determine the timing of the sanction as it can in independent disciplinary proceedings.”

The appeal was held on Friday where, in a five-point statement, it was revealed that one of the administrators, Gerald Krasner, held an hour-long video meeting with Wigan owner Au Yeung Wai Kay as part of their investigation into the club’s situation.

Joint administrators Krasner and Paul Stanley both gave witness statements and were cross-examined by the tribunal.

It was also revealed that “detailed talks” with bidders over the sale of the club were to continue this week. Boss Paul Cook quit last week.