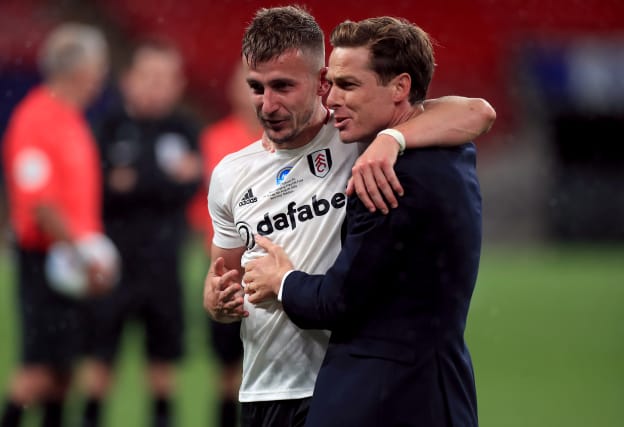 Left-back Joe Bryan was the unlikely Fulham hero in the Sky Bet Championship play-off final as his extra-time brace earned a 2-1 victory over Brentford at Wembley and an instant Premier League return.

In a tense and subdued west London derby, Scott Parker’s side created the better chances, but had a terrible misjudgement by Bees goalkeeper David Raya to thank for the opener in the 105th minute.

Bryan’s set-piece from 35 yards beat Raya at his near post and, while there were further goals in the second period of extra-time, it was this error by Brentford’s Spanish keeper which proved crucial.

The Craven Cottage club will earn around £135million for bouncing back from relegation last season and this result also gives rookie boss Parker a first success of his fledgling managerial career.

After his opener, Bryan grabbed a second in the 117th minute to confirm the result and, even though Henrik Dalsgaard pulled one back for Brentford, they will start life in their new ground still in the Championship.