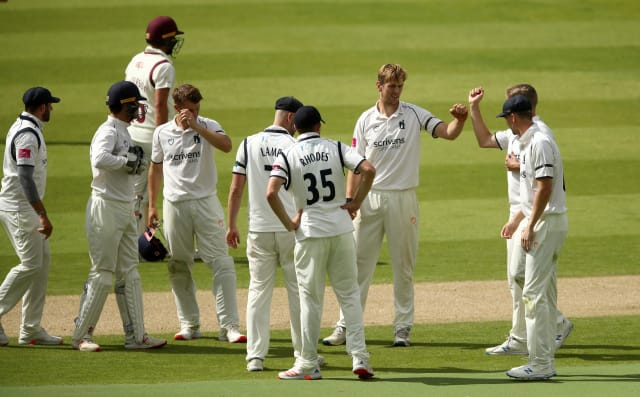 Here, the PA news agency looks at some of the best examples from August 1.

The shortened county cricket season kicked off on Saturday morning with all involved remembering those lost over recent months.

The coronavirus lockdown rendered the traditional Championship campaign unplayable, with the new-look Bob Willis Trophy ushered in to give all 18 counties something to play for over the next two months.

Players, officials and staff all remembered those affected by Covid-19 before play, before taking a knee in support of the Black Lives Matter movement.

Wigan manager Paul Cook issued an emotional message as he stepped down.

Cook’s statement came a week after the club were relegated from the Sky Bet Championship after being deducted 12 points for entering administration.

Wembley Stadium held the first of three finals over four days as Arsenal beat Chelsea in the FA Cup showpiece.

Striker Jon Stead and the Harrogate team set off for Sunday’s Vanarama National League play-off final between his current side and old club Notts County.

Defending six-times world champion Lewis Hamilton was thankful for his Mercedes team ahead of qualifying on pole for his home grand prix which gets under way on Sunday, a fortnight after originally scheduled.

British driver Lando Norris was all set for qualifying.

Former Williams, Force India and Renault driver Nico Hulkenberg returned to Formula One as he replaced Sergio Perez at Racing Point for the race after the Mexican tested positive for coronavirus.

Eddie Hearn showed how preparations for fights in the back garden of his former family home are coming along.