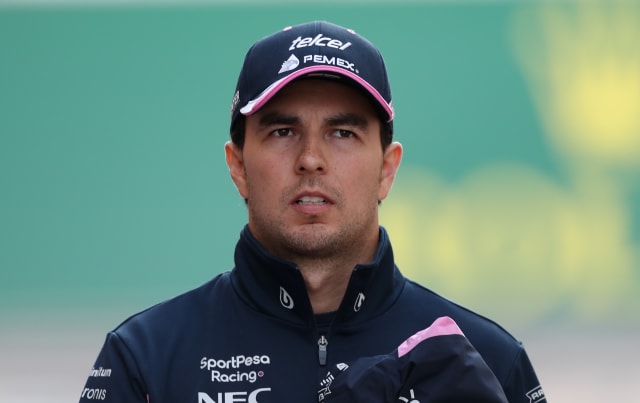 Sergio Perez has tested positive for coronavirus on the eve of the British Grand Prix.

The Mexican, 30, who drives for the Silverstone-based Racing Point team, is now in quarantine and has been ruled out of Sunday’s race.

Perez, who earlier returned an inconclusive test result, becomes the first Formula One driver to test positive for the virus.

A small number of Perez’s team have also been placed into isolation, with F1 insisting this weekend’s race will go ahead as scheduled.

An FIA statement read: “Following today’s announcement that Sergio Perez produced an inconclusive test result for Covid-19 at the Silverstone Circuit, the FIA and Formula One can now confirm that the result of his re-test is positive.

“Perez has entered self-quarantine in accordance with the instructions of the relevant public health authorities, and will continue to follow the procedure mandated by those authorities.

“With assistance of the local organiser of the British Grand Prix, local health authorities and the FIA Covid-19 delegate, a full track and trace initiative has been undertaken and all close contacts have been quarantined.

“The procedures have provided for swift containment of an incident that will have no wider impact on this weekend’s event.”

Perez’s Racing Point team described the driver as being “physically well and in good spirits”.

They have also stated their intention to run both cars with Mercedes reserve drivers’ Stoffel Vandoorne and Esteban Gutierrez the frontrunners to replace Perez and partner Lance Stroll.

All members of the sport’s travelling bubble have to be tested for the virus every five days.

The race at Silverstone on Sunday is the fourth round in five weeks, with another grand prix due to be held at the Northamptonshire circuit next weekend.

The opening race of the season in Australia in March was cancelled after a McLaren mechanic contracted coronavirus before making a full recovery.