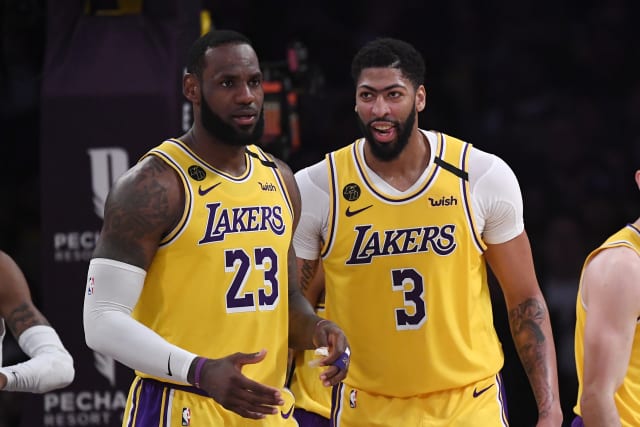 The NBA returns this week as the season resumes with a 22-team tournament being played out at Walt Disney World in Florida.

Play has been shutdown since March 11, but the league has drawn up a unique mini-tournament which will determine an NBA champion for this strangest of seasons.

Welcome to the bubble

To cut down on travel and try to preserve a biosecure bubble, the NBA has decamped to Walt Disney World, Orlando, where teams will stay and play at a neutral venue throughout this mini-season. Only the players, coaches, backroom staff and NBA personnel will be in the gym during games. And though players will be living in what is considered a luxury resort, they will have to entertain themselves in a games room during downtime with the Disney Park and its rides off limits. There have already been one or two issues, with Sacramento Kings forward Richard Holmes made to quarantine after leaving to pick up a food delivery, while Los Angeles Clippers guard Lou Williams was given permission to attend a family funeral but told to quarantine on his return – later admitting he also went to an Atlanta strip club. Teams began heading to Florida on July 7, since when training camps and scrimmages have been taking place.

Not all 30 teams were invited to Florida. Only 22 will play – 13 from the Western Conference and nine from the Eastern Conference, with entry restricted to those teams who had a shot at the play-offs when the season was suspended in March. The teams will play eight regular-season seeding games before a possible play-in series, after which the standard 16-team play-offs will get under way.

Can the Lakers get rolling again?

From a form point of view, the suspension of the season came at a terrible time for the Los Angeles Lakers, who had won four out of five including key wins over the Milwaukee Bucks and Los Angeles Clippers – showing the form of a team who could deliver a first franchise championship since 2010. LeBron James was looking like MVP material as he bids to win the title with a third different team in his 17th season. James has been the league’s best player for a long, long time, but at 35 he knows his career is drawing to an end, and he will not get many more chances. Their main rivals from the Western teams are the Clippers, who have defied a series of early-season injuries to stay on the Lakers’ case.

Bucks the team to beat?

The Lakers got most of the attention, but the best team in the NBA prior to shutdown were the Bucks with a record of 53-12. Giannis Antetokounmpo was making a strong case to repeat as MVP. The Bucks’ strength has been on the defensive end, but they had slowed down before the shutdown, losing three straight regular season games. As the season resumes, they will need to show they have rediscovered their mojo in a spell which could have long-term implications for Antetokounmpo’s future.

The NBA and its players have long been vocal supporters of the Black Lives Matter movement, and the message will have prominence again as play resumes. Players have been invited to put their own slogans on jerseys, while the Black Lives Matter message will be on the courts during games. NBA rules state that players, coaches and other staff must stand for the national anthem, but reports in the United States suggest the league may choose not to enforce those rules should players state a wish to kneel.