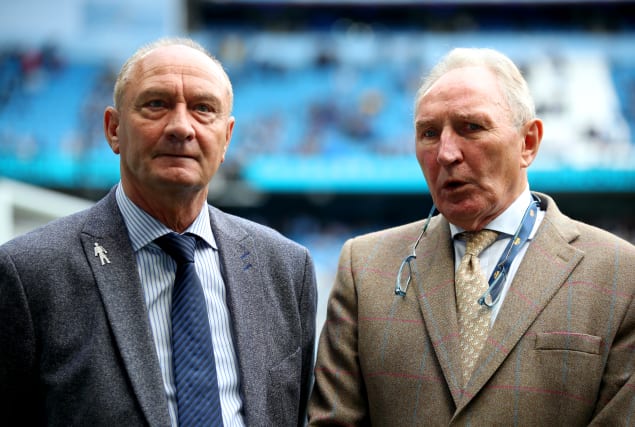 Former Leeds boss Howard Wilkinson has told Marcelo Bielsa even greater acclaim awaits him if he “gets it right” in the Premier League.

Bielsa is already revered at Elland Road after guiding Leeds back to the top flight for the first time since 2004 and their fans are waiting anxiously for confirmation he will stay for at least another season.

Wilkinson achieved the same feat with the club in 1990 before winning the old Division One title two years later.

“We had an open-top bus parade in Leeds city centre after we won the title and I can still see the square and this huge sea of people,” Wilkinson told the PA news agency.

“I can’t tell you the exact figure, it’s printed somewhere I know, because it was gob-smacking.

“It was just unbelievable. That’s what awaits if they get it right. Somebody should show Bielsa those pictures and say ‘look, this is what you can do in a one-club city’.

“Hopefully, Leeds’ owner (Andrea Radrizzani) and Bielsa will get a taste for that, smell it and just be energised by it.”

Wilkinson spent eight years in charge at Leeds and is the last English manager to win the English top-flight title.

The 76-year-old, chairman of the League Managers Association for 28 years, has closely followed Leeds’ transformation and admires the qualities Bielsa has brought to English football.

“It’s in his demeanour and his behaviour and I think authenticity is very important in a manager.

“Over the years I’ve seen so many people who are trying to be someone else, but for me authenticity, gaining trust, gaining respect and belief, they’re critical.

“I totally respect him for saying ‘this is the way that works best for me and it might look funny to some people, but I don’t care because it’s the right way for me’.”

Since Leeds sealed the Sky Bet Championship title, Radrizzani has said they must retain their Premier League status for three years before they can challenge the top six.

“Whatever they do in the close season, my aim now would be to look at the stats for the last 20 years in the Premier League and make sure I know exactly what figure would keep me up,” he added.

“I would embed that target in the minds of everybody at the club, let’s not talk about anything beyond this season.

“Let’s get there as quick as we can, then look ahead with more certainty about the other plans we’ve got.”