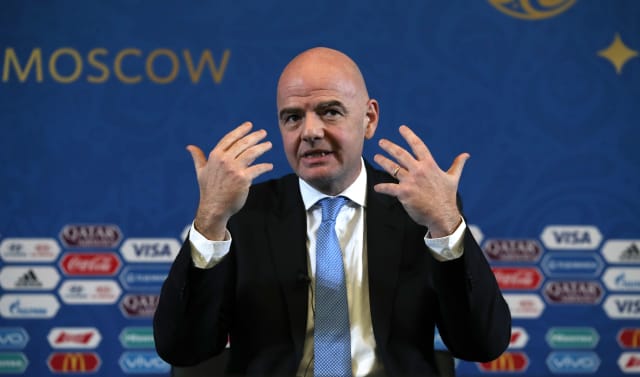 FIFA president Gianni Infantino is the subject of criminal proceedings over meetings he held with the Swiss attorney general.

Keller has concluded there are “indications of criminal conduct” in connection to those meetings.

Lauber and Infantino met twice in 2016, the year Infantino was elected FIFA president. They met again in 2017.

Infantino was asked about the case at last month’s FIFA Council meeting and described the formal complaints against him as “absurd”.

Lauber was the subject of disciplinary action by the AB-BA earlier this year concerning the last of those meetings with Infantino, which he initially denied.

The probe also looked into Lauber’s handling of FIFA corruption allegations which predated Infantino’s election as president and which treats FIFA as a victim rather than a suspect.

The probe also criticised Lauber for failing to cooperate with its investigators.