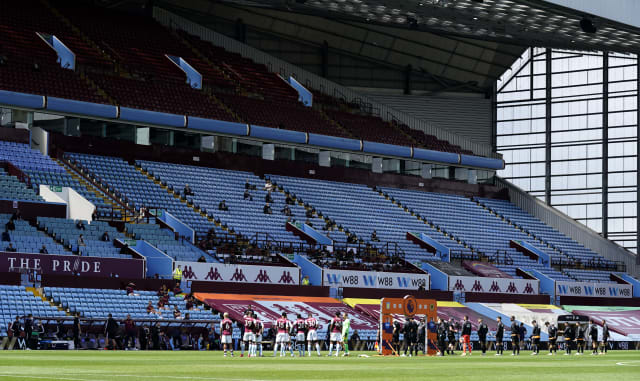 Aston Villa have appointed Johan Lange as their new sporting director, with the club’s owners now targeting the top half of the Premier League table

Lange, 40, had been the technical director at FC Copenhagen in his homeland of Denmark for the last six years and in his new role at Villa Park he will report directly to the board.

Jesus Garcia Pitarch left the post on Monday, having been appointed on October 10, 2018, the same day Dean Smith took over as head coach.

Last summer the club spent more than £120million, but Smith’s side only just stayed up, with a final-day draw at West Ham securing 17th place.

The co-owners Nassef Sawiris and Wes Edens told the club website they were happy to stay up but wanted to bring success to the club and establish Villa at the top end of the Premier League table.

“This past season we were able to navigate a very difficult transition into the Premier League and are happy with the effort to stay up,” the pair said.

“But we will not be satisfied until we achieve our goal of bringing sustainable success to Aston Villa at the top tier of European football.

“We’ve made some significant strides in building an organisation and culture that will sustain success. We made significant investments into our academy programme by upgrading our facilities and bringing in a talented leadership team.

“We have also significantly invested in our women’s team who achieved promotion to the top tier of women’s football.”

They added: “We are incredibly optimistic about the future of Aston Villa and remain committed to further invest in the club’s success.”

Lange said: “Aston Villa is one of the most famous clubs in European football with a rich history, but it is also a progressive club looking to the future. I am excited and honoured to be given this opportunity to contribute to the club’s ambitious strategy to become a force in Premier League football again.”