Who were the winners and losers from the England v West Indies series? 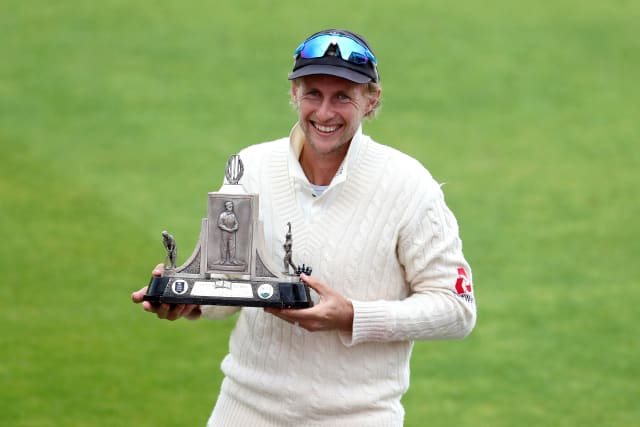 Ben Stokes ascended to the top of the Test all-rounder rankings while Stuart Broad reached 500 wickets as England came from behind to claim a hard-fought 2-1 win over the West Indies in the #raisethebat series.

Here the PA news agency looks at the winners and losers.

Branded “Mr Incredible” by England captain Joe Root, who added that he and his team-mates are “in the presence of greatness” after Stokes’ tour de force in the second Test. Contrasting knocks of 176 and 78 not out were allied to a tireless effort in the field, where he made key interventions with ball in hand. Since the start of last year, he has averaged 53.81 with the bat and 28.84 with the ball to leapfrog Windies captain Jason Holder in the Test all-rounder pile. Even though he was at the helm when England lost the opener, he made enough astute decisions to convince many he will be a successful replacement for Root.

Left “frustrated, angry and gutted” after being left out of a home Test for the first time in eight years at Southampton, Broad was seeking reassurances about his England future but any doubts were dispelled when he was given his opportunity. Sixteen wickets at a jaw-dropping 10.93 plus a belligerent half-century turned the tide and breathed fresh life into Broad’s international career. Among that haul was his 500th Test scalp – just the seventh bowler in history to reach the milestone – and he has moved up to third in the Test bowling rankings.

The England and Wales Cricket Board was staring at a financial black hole of around £380million in a worst-case scenario of no cricket this summer because of the coronavirus pandemic. Even though they leave these shores without the Wisden Trophy, the Windies deserve endless gratitude for facilitating the return of international cricket. The tourists lived in prohibitive ‘bio-secure’ protocols which kept them locked down at the Ageas Bowl and Emirates Old Trafford for almost two months – all while taking a pay cut due to the Windies’ own parlous financial state.

Occasionally maligned for the decisions it takes in an effort to boost the game’s appeal, the ECB has to be given its dues when it gets something right. Just four months ago, with the UK at the height of lockdown, it would have been difficult to envisage international fixtures being played at all this summer but the board – and Steve Elworthy, director of events – put in place stringent but necessary measures covering a vast array of activities, with even eating in on-site restaurants policed. There was a minor drama when Jofra Archer breached the protocols by visiting his flat in Hove en route to Manchester but that was dealt with swiftly and effectively.

Scores of 18 and 29 saw the top-order batsman’s average dip below 30 after 15 Tests and with no centuries to his name during that time, it was Denly who made way for Root’s return to the fold after the birth of his second child. Denly’s ability to bat time – it became known as a ‘Dentury’ every time he passed 100 balls – was deemed critical to England and contributed to a number of important wins. But Denly’s inability to consistently convert his starts into something more tangible ultimately led to his axing. Left the ‘bio-secure’ bubble early to link up with the white-ball training group ahead of three one-day internationals against Ireland.

Before the series got under way there was a recognition that while both sides were stacked with fast bowling talent, they were susceptible in the batting stakes. But England manage to overcome any limitations with some patience at the crease, embodied by Dom Sibley’s 312-ball hundred in the second Test. None of the Windies batsmen, meanwhile, were able to make a century while only Jermaine Blackwood and Shamarh Brooks averaged over 30 across the contest. With pace quartet Kemar Roach – who registered his 200th wicket in the decider – Shannon Gabriel, Holder and Alzarri Joseph putting in no lack of effort, a penny for their thoughts on their batsmen’s inconsistencies.