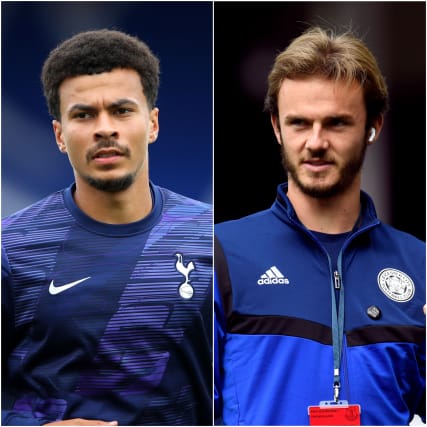 Here, the PA news agency looks at some of the best examples from July 29.

James Maddison and Dele Alli showed off their holiday look.

Manchester United reflected on their transfer activity on this day in 1996 – signing Ole Gunnar Solskjaer from Molde.

Brighton’s newest recruit Adam Lallana is excited to get going.

Before he showed off his new look.

Ollie Pope looked back on a successful week for England.

Ian Bell was doing what Ian Bell does best.

A sneak peak in the mind of Tom Banton.

And it got even better with Fight Camp taking shape.

Ricky Hatton took his followers for a run.

Lewis Hamilton was sending positive vibes to his followers in testing times.

Serena Williams was doing her bit by donating masks for underprivileged school kids.

Nick Kyrgios had his say on the controversial Adria Tour.

Former England centre Will Greenwood was being modest when choosing between some red rose greats.

Three-time champion Mark Williams set off on the road to Sheffield after being drawn to play Alan McManus in the first round of the Betfred World Snooker Championship.