On This Day in 2010: Britain’s Phillips Idowu won triple jump gold in Barcelona 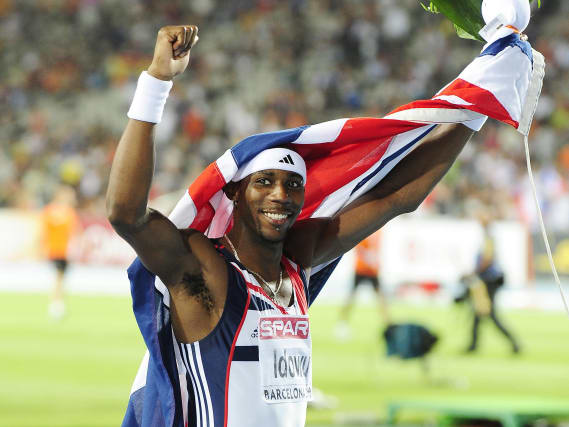 Victory for Idowu on a rain-swept night in Spain saw him add to his Commonwealth and world titles.

The 31-year-old managed a remarkable 17.81 metres in a huge fourth jump, increasing his personal best by eight centimetres to see off the challenge of Romania’s Marian Oprea, who had to settle for silver.

“I’ve always worked hard and by the grace of God I’ve come out a gold medallist,” said Idowu, who never jumped further.

It was Great Britain’s second gold medal of the 2010 European Championships following Mo Farah’s triumph in the 10,000m.

Londoner Idowu won Olympic silver at Beijing in 2008 but, following lengthy injury problems, failed to make to make it past the qualifying round in his home Games in 2012.