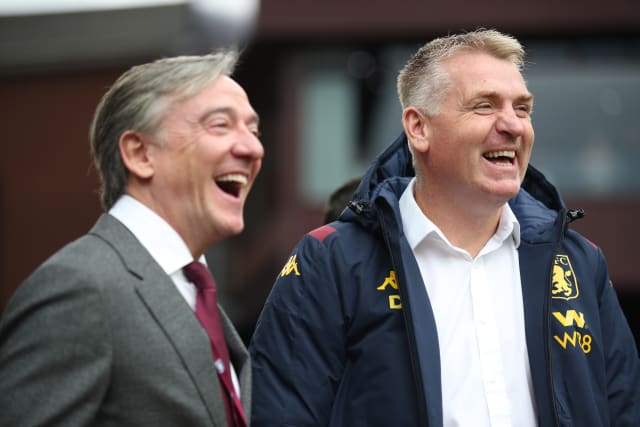 The Spaniard joined the club on October 10 2018, the same day Dean Smith was appointed head coach.

It was heralded as the start of a new era for the Villa Park outfit by chief executive Christian Purslow and promotion was won to the Premier League via the play-offs in May 2019.

Last summer saw a number of arrivals, with more than £120million spent, but only a final-day draw at West Ham saw Smith’s side stay up by a point in 17th position.

The sporting director’s transfers included forward Wesley from Club Brugge for £22million, while £11.5million was spent on left-back Matt Targett from Southampton.

Pitarch, commonly known as Suso, has now paid the price for a tough first season back in the Premier League for Villa and the club will look to improve their recruitment strategy ahead of the 2020-21 campaign.