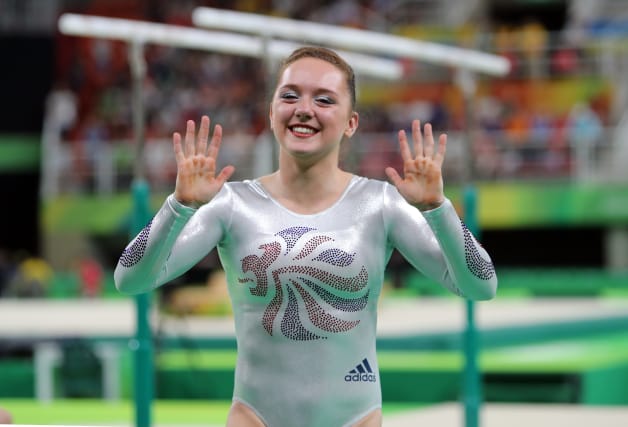 British Gymnastics has defended its procedures after Amy Tinkler criticised the governing body over the time taken to deal with her complaint over a bullying and abuse culture in the sport.

Tinkler said earlier this month her “experiences as a club and elite gymnast”, and the subsequent failure of British Gymnastics to act on her complaint, led her to announce her retirement in January.

The 20-year-old said she had no option but to quit gymnastics less than four years after becoming Great Britain’s youngest medallist at the Rio 2016 Olympics.

“I can confirm that the complaint I submitted in December 2019 related to my experience at South Durham Gymnastics Club and against part of the British Gymnastics coaching team,” Tinkler wrote on social media on Tuesday.

“I’ve also been chasing British Gymnastics for a timeline on their investigation into my complaint. I understand it could still take 4-months or more to reach a conclusion, making it nearly 12-months from my original complaint.

“I’m unhappy at the length of time this is taking as it leaves vulnerable gymnasts at risk of abuse from known clubs and coaches.

“I beg British Gymnastics to move swifter and take proactive action about our complaints.”

However, British Gymnastics said in a statement: “We have been in regular touch with Amy Tinkler and her mother throughout this process. It is wrong to suggest otherwise.

“An initial summary of the complaint was made in late December 2019. Full evidence was provided in mid-March 2020.

“As we have already advised Amy and her family, the investigation phase is now complete and we have moved to the next stage of procedures.

“To be clear, every complaint is looked at in accordance with our procedures by our Integrity Unit to assess immediate risk to gymnasts.

“If the evidence available at the time of the initial complaint suggests an immediate risk of harm to gymnasts, we take immediate action to protect gymnasts.

“These are often complex cases dealing with multiple issues across an elongated timeframe.

“The procedures are in place to protect the integrity of the process and ensure fairness for all parties involved.”

Gymnasts from all ages and levels of the sport have gone public to reveal instances of bullying and abuse, prompting the launch of an independent review.

Tinkler initially spoke out after the Downie sisters, Becky and Ellie, described an “environment of fear and mental abuse” in British gymnastics and said they had been “left deep scars which will never be healed”.

“I would like to thank you all for the support you have given me over the past two weeks since releasing my statement,” the Rio bronze medallist continued in her post on Tuesday.

“I say this now as I’ve been contacted by girls and parents from the club and the gymnastics community who have told me of similar stories, some of whom have spoken to the media, and others who are still scared to talk.

“I hope by me speaking up again, it encourages those who have yet to share their story to come forward.

British Gymnastics also encouraged any gymnast who feels they have been mistreated to contact the NSPCC helpline or report it to its Integrity Unit.

NSPCC Helpline service head Louise Exton said: “Amy Tinkler is not alone in her experiences of bullying and mistreatment within gymnastics and it was incredibly brave for her to speak out as well as hugely important.

“We encourage anyone who has similar concerns, whether you’re a parent, gymnast or someone involved in the sport at all levels to contact our free and confidential helpline to voice your concerns, ask questions or seek advice. Every call is important.”

UK Sport and Sport England will co-commission the Independent Review after British Gymnastics relinquished its role in the process last week to avoid potential conflicts of interest.