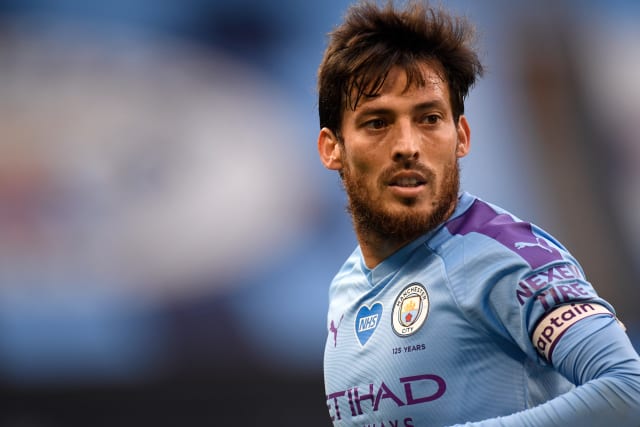 Veteran playmaker Silva is leaving City when their European campaign, which resumes with the second leg of their much-delayed last-16 tie against Real Madrid on August 7, comes to an end.

The 34-year-old made his final appearance in the Premier League – a competition he has won four times during an outstanding decade’s service to City – in Sunday’s 5-0 thrashing of relegated Norwich.

The continent’s elite club competition is the one major prize to have eluded the Spaniard in a glittering career that has also included World Cup and European Championship titles with Spain.

“For me he is one of the best players who has ever played in the Premier League,” said De Bruyne, who scored twice and notched a record-equalling assist in the campaign-ending rout of the Canaries.

“You can always debate who is (number) one but when you play with him you can appreciate what he does day-in, day-out. I have played with him for five years – a long time.

“We have won a lot together, we play well together. We complement each other really well in different ways.

“And he’s such a nice guy as well. He is going to be a big miss. It would be great if we could win the Champions League so it could end well for him.”

Despite being in guaranteed second spot, City had no intention of going easy on the bottom side as they tune up for the visit of Real.

Gabriel Jesus opened the scoring before De Bruyne curled in a stunning second. De Bruyne then set up Raheem Sterling for number three – his 20th assist of the season, matching the Premier League record of Thierry Henry – before wrapping up the scoring after Riyad Mahrez also struck.

De Bruyne, 29, said: “It is good to stay in the rhythm. There is no point slacking. We have to keep going full pace.

“We want to prepare ourselves the best possible to be ready for that game and hopefully we can play another four games this year.”

Norwich, whose relegation fate was confirmed a fortnight ago, wanted to end the season with a flourish.

They were unfortunate to have an early Onel Hernandez strike disallowed for offside and Teemu Pukki passed up a great opportunity to make it 1-1, but ultimately they were swept aside.

Hernandez is now looking forward to a break before beginning the long battle to return to the top flight from the Championship.

The Cuban said: “We have learned a lot and one thing especially – if you don’t score your goals, if you are not effective, you concede every time. That is how it is in the Premier League.

“We are, of course, after this season all disappointed. We now have the break and we have to learn and come back.

“I am happy now we have some holidays first to make our heads free and then we will see how it will be in the Championship. We have to come back stronger.”