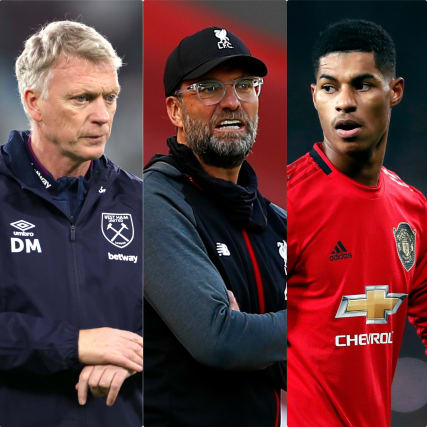 From video refs to victorious Reds, via a global pandemic and Project Restart, 2019-20 has been a memorable campaign on so many levels.

Here, the PA news agency picks out the best quotes from the season.

“If you go nuts and start taking drugs and drinking and driving different cars or whatever, and leave your missus at home because you are now the Champions League winner, then I can’t help you.” – Jurgen Klopp colourfully vows to build on Liverpool’s European success.

“We will have to learn harsh lessons and correct them pretty quickly.” – Frank Lampard’s first match in charge at Chelsea was a sobering experience, a 4-0 defeat at Manchester United.

“I don’t know where it is going and it is sucking the life out of me and the supporters.” – VAR leaves Sheffield United boss Chris Wilder cold.

“The world at the moment is a circus with us at the centre. I am not influenced by it.” – Klopp’s Reds won their first eight matches.

“I have been four-and-a-half years in this country and I never heard that word before. What is ‘inevitable’? As far as I’m concerned we are not even mathematically qualified for the Champions League yet.” – Klopp, with Liverpool 16 points clear at the top.

“We are speaking about a very difficult situation and if I could, if I could, I would move immediately to the 1st of July.” – Mourinho, shortly before lockdown. He almost got his wish.

“The only fair and reasonable thing to do is declare the whole season null and void.” – Karren Brady, vice-chair of West Ham who were battling relegation at the time, after the Premier League was suspended.

“Anybody know who I can talk to about the Government food voucher scheme?” – Marcus Rashford, Manchester United striker and soon-to-be national treasure.

“It’s the best thing I can imagine and more than I could have ever dreamed of. It’s unbelievable. Much more than I ever thought would be possible.” – An emotional Klopp celebrates clinching the title.

“We have to take a little perspective, be humble, and say ‘not all the time we can win’. And then we must learn what we need to do to avoid this situation again.” – Pep Guardiola says Manchester City will be back.

“I would be fining him at half-time, there is no getting away from that. I would be swinging punches at that guy.” – Former Manchester United midfielder Roy Keane on David De Gea.

“It sometimes looks like men against boys. That’s what I expected.” – Relegation came as no surprise to Norwich boss Daniel Farke.

“I don’t even know what to say. Just look at what we can do when we come together, THIS is England in 2020.” – Rashford celebrates his biggest win of the season – his campaigning forced a government U-turn to supply free school meals to disadvantaged children.

“Watford FC confirms that Nigel Pearson has left the club with immediate effect.” – Watford…. well, you get the drift.