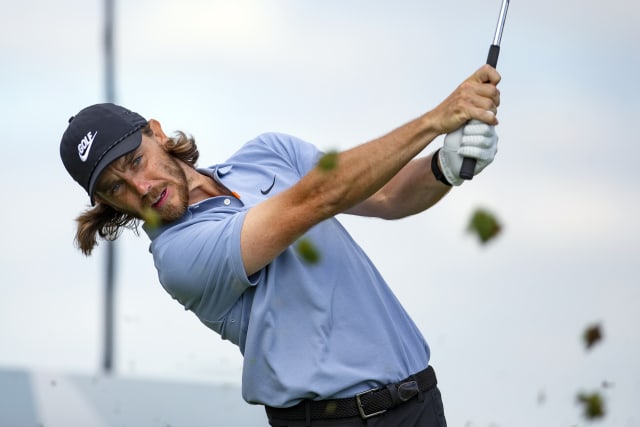 Tommy Fleetwood missed the cut at the 3M Open in Minnesota on his return to competitive golf.

Fleetwood could only manage a second-round 72 on another day of low scoring at TPC Twin Cities and fell three strokes short of making the weekend.

The 29-year-old chose to miss the first six events of the PGA Tour to stay with his family in England.

Fleetwood went out in level-par 35 after bogeying the second and picking up a birdie on the par-three eighth.

A bogey at the 11th was followed by a birdie at the 12th and he needed an eagle at the par-five 18th to play the final two rounds.

But a six ended his hopes and Fleetwood joined the list of big-name casualties who dropped out at the halfway stage.

Fellow Englishmen Luke Donald and Paul Casey were a shot further back on two over after shooting 70 and 72 respectively.

Four-time major champion Brooks Koepka missed the cut by one shot after a 71 and was joined on one under by Bubba Watson, who carded a disappointing 74.

World number four Dustin Johnson, the highest ranked player in Minnesota, withdrew on Thursday after shooting 78 and citing a back problem.

England’s Ben Taylor hit a second-round 66 to miss the cut by one stroke.

American pair Michael Thompson and Richy Werenski led at the halfway stage on 12-under par.

Thompson carded six birdies against just one bogey, including draining a 19-foot putt for a two on the short 17th, in his five-under 65, while Werenski followed his opening-day 63 with 67.

Tony Finau and Talor Gooch are one shot behind, with last year’s champion Matthew Wolff two shots further back.

England’s Tom Lewis was the only Briton to make the cut, an even-par 71 leaving him nine shots off the pace at three-under.