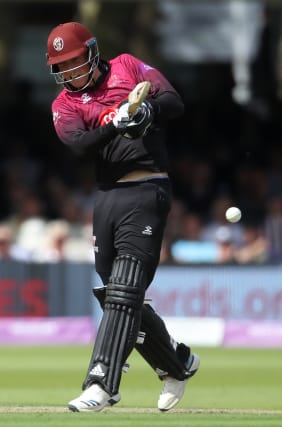 Tom Banton admitted his love for cricket was “fading slowly” before the coronavirus lockdown after a punishing winter schedule in which he combined his England commitments with life on the domestic Twenty20 treadmill.

Banton burst on to the scene for Somerset last year and was fast-tracked into England’s limited-overs teams over the winter as a result, making his T20 bow in New Zealand and his one-day international debut in South Africa.

He shone in Australia’s Big Bash League but was at a particularly low ebb following a lean run in the Pakistan Super League, where he registered two golden ducks and a top-score of 35 in seven innings for Peshawar Zalmi.

After a welcome break, Banton now feels refreshed and revealed he did not think about cricket once he was one of the vast majority of county professionals furloughed amid the COVID-19 pandemic.

The 21-year-old told the PA news agency: “The schedule is obviously so busy and this winter I spent about two weeks at home, probably. So to get three or four months off cricket was probably the perfect thing for me and my cricket.

“I was really excited to get back which was nice because I felt like the love of cricket was not going but it was fading slowly, just because I was playing too much.

“It was nice to take my mind off cricket and focus on just spending time with my family and doing other things.

“I haven’t thought about cricket during lockdown. I just had some time away from it completely, I didn’t even put a pair of gloves on, it was actually very much needed after quite a busy winter.”

Banton paid tribute to Hashim Amla for his influence while they were together at the PSL, with the former South Africa captain helping the youngster to see the bigger picture amid his slump in form.

Banton said: “In Pakistan we had Hashim Amla as our batting consultant and he sat me down after a low few scores and said ‘it’s not all about cricket, there’s a lot more to life than a first-baller’ – and I got some of those.

“It was really nice to work with Hash and see how he goes about it. It made me take a step back and realise just to enjoy it as this opportunity may never happen again, so try to enjoy it as much as I can.”

Included in England’s white-ball training group ahead of the three one-day internationals against Ireland, the first of which starts at the Ageas Bowl next week, Banton was a star performer in the second intra-squad match.

A wonder catch at backward point was followed by a classy 57 not out from 56 balls after his side – led by James Vince with England captain Eoin Morgan sitting out this 40-over encounter – had lurched to four for three.

The top three were all dismissed for nought against a team captained by Moeen Ali, who had collapsed to 108 all out after 28.4 overs, with Liam Dawson taking four for 21 on his home ground and Lewis Gregory three for 29.

While Banton is known for his highlight-reel big hits, he showed a more measured approach as he and Laurie Evans adapted to their situation in Southampton in a 67-run stand which broke the back of the chase.

Only once he was settled did the boundaries flow, finishing with six fours and two sixes, as ‘Team Vince’ overhauled their meagre target with six wickets and 22.2 overs to spare.

Banton added: “It’s been a long time since I’ve had to dig in and work the ball around but I’m still going to stick to what I’ve done to get here.

“That’s the one thing I’ve been told: don’t change the way you play. I gave myself some time then just played the way I have done.”