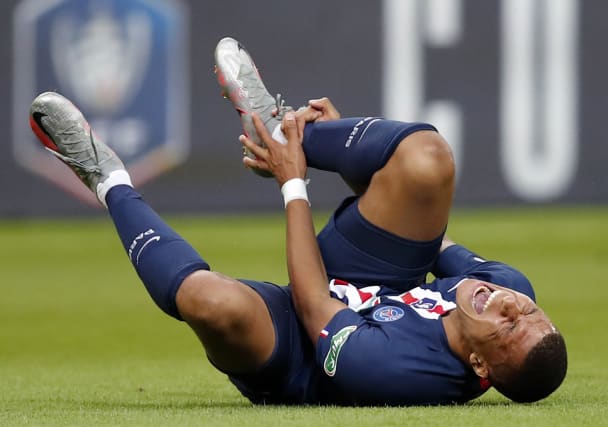 In the first competitive match in France since the coronavirus lockdown, Neymar scored the only goal of the game when he lashed home off the underside of the bar in the 14th minute.

But the match was more notable for a 23rd-minute incident in which Loic Perrin hacked down Mbappe, forcing the French World Cup winner to leave the field in tears.

A mass brawl followed and after order had been restored, Perrin was shown a red card following a VAR review.

Mbappe later appeared back on the touchline on crutches, raising fears about his availability for PSG’s Champions League quarter-final against Atalanta next month.