Europe, relegation and awards – the Premier League issues still to be settled 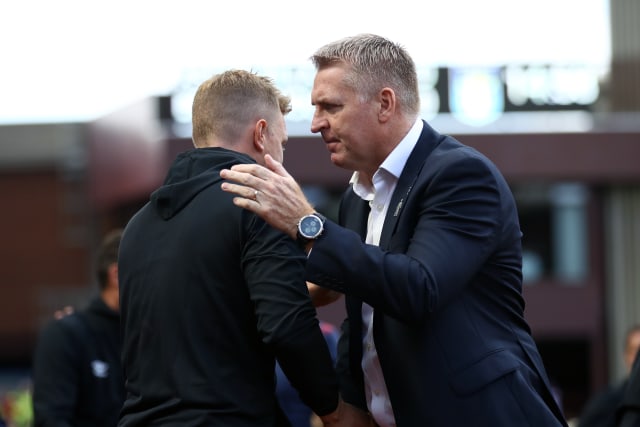 There is plenty riding on the final weekend of the strangest season in Premier League history.

Ahead of the top-flight’s belated conclusion, the PA news agency looks at five of the main talking points.

Who will beat the drop?

With Norwich long gone, Sunday will see two clubs joining them in the Sky Bet Championship. Aston Villa start the day with their head just above water, but they are level on 34 points with 18th-placed Watford and just one goal better off. Dean Smith’s Villa head to now safe West Ham, while caretaker boss Hayden Mullins leads the Hornets to FA Cup finalists Arsenal. Bournemouth start the day in 19th and have the biggest mountain to climb. Eddie Howe’s side are three points worse off than both relegation rivals and head to Everton needing victory along with defeats for both other clubs.

Who will qualify for the Champions League?

Manchester United have endured a topsy-turvy season but may have just timed their run to perfection. Wednesday’s 1-1 draw with West Ham underwhelmed but saw them break into the Champions League places for the first time since September. United start the day in third spot, level on 63 points with Chelsea in fourth. Leicester dropped to fifth in midweek but are just a point behind both their top-four rivals – and host Ole Gunnar Solskjaer’s side in a mouthwatering season finale. United need to avoid defeat to seal a top-four spot, while Chelsea will look to wrap up their place with at least a point against Wolves.

Who will be in next season’s Europa League?

Whoever misses out in the top-four race will be in Europa League action next season, while sixth spot is also guaranteed a place in the competition. If Chelsea win the FA Cup final against Arsenal, then seventh will be enough for a spot as well. Wolves travel to Stamford Bridge in sixth and will rubberstamp that position with victory. Tottenham, a point worse off, head to Crystal Palace looking to usurp Nuno Espirito Santo’s side but know they cannot finish lower than seventh.

Who will win the golden boot?

Jamie Vardy heads into the final weekend of the season in pole position for the Golden Boot, having scored 23 goals for Leicester this season. The former England international has a tougher-looking fixture than closest rival Danny Ings, who is two goals shy of that tally ahead of Southampton’s home encounter with Sheffield United. Pierre-Emerick Aubameyang is on 20 for the campaign, while Raheem Sterling and Marcus Rashford are on 19 apiece.

Who will win the golden glove?

Nick Pope and Ederson Moraes are vying to end the season as the goalkeeper with the most clean sheets, having both managed 15 shutouts heading into the final day of the Premier League. Pope has been increasing the pressure on England number one Jordan Pickford with his displays for Burnley and will look to keep another clean sheet when Brighton visit Turf Moor. As for impressive Ederson, the Manchester City goalkeeper faces long relegated Norwich.