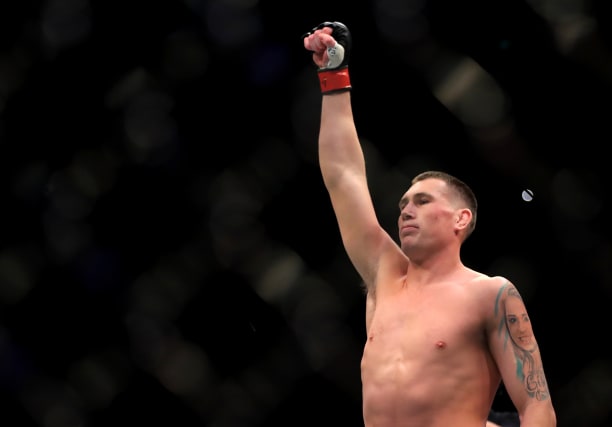 All roads lead to the UFC middleweight title for Darren Till, who feels he will put himself at the front of the queue for a shot if he overcomes former champion Robert Whittaker in Abu Dhabi this weekend.

The Liverpudlian marked his debut in the division by outpointing Kelvin Gastelum last year, only a few months after the American had gone the distance with Israel Adesanya, who went on to dethrone Whittaker for the 185lb title.

Should he defeat Whittaker in their headliner of the latest ‘Fight Island’ event, Till is set to ignore the claims of other contenders as he insists anything other than a title showdown would be a step back in his career.

“Look at the two guys I’m fighting in my first fights at middleweight,” he said. “Of course I deserve a title shot.

“I feel like the stars have aligned. I beat Gastelum, easily might I add, and he gave Adesanya the most trouble and Saturday I see myself beating Whittaker.

“I’ll have beaten two of the best guys at middleweight. Where do you want me to go? Backwards? All of these guys calling my name, we’re probably going to meet someday, we’re not avoiding each other but I’m looking forward.

“We’ll see what happens on Saturday, if I beat Whittaker I don’t want to hear any other name come out of anyone’s mouth apart from Israel Adesanya.”

Adesanya is reportedly set to defend his belt against Paulo Costa at UFC 253 on September 19, but Till would have no problems stepping in as a late replacement if his suspicions the bout will not go ahead prove to be founded.

He said: “If him and Costa don’t fight which I don’t know if I see it yet, I’ll step in.

“After this fight on Saturday, if all goes well and I win, I’m going to have a week off and jump straight back into training and stay ready for September-time and something could happen.”

Also fighting on the card in the early hours of Sunday morning is Scottish light-heavyweight Paul Craig, who will be looking for his 13th win in 18 mixed martial arts contests against Russia’s Gadzhimurad Antigulov.