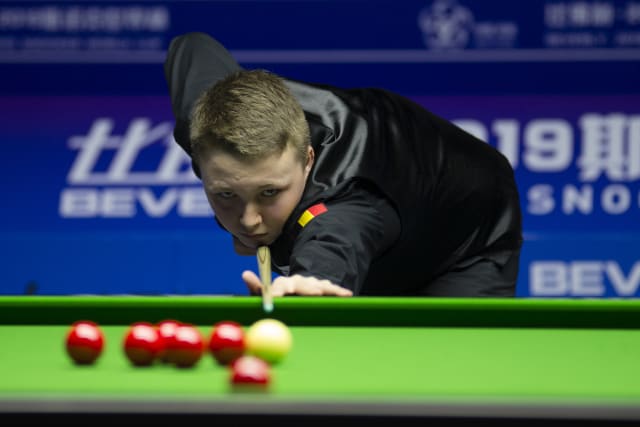 Ben Mertens’ bid to become the youngest player to reach the final stages of the World Championship is over after a 6-4 defeat to Sam Baird in the second qualifying round.

The 15-year-old Belgian had become the youngest winner of a qualifying match when he stunned James Cahill in the opening round on Wednesday.

But despite threatening to repeat the feat by fashioning a 4-2 lead, he did not have quite enough to overcome world number 77 Baird, who recovered to win four frames in a row and take the match.

Baird, who reached the second round at the Crucible in 2016 where he pushed eventual champion Mark Selby to the limit, needs to win two more matches to earn a return visit.