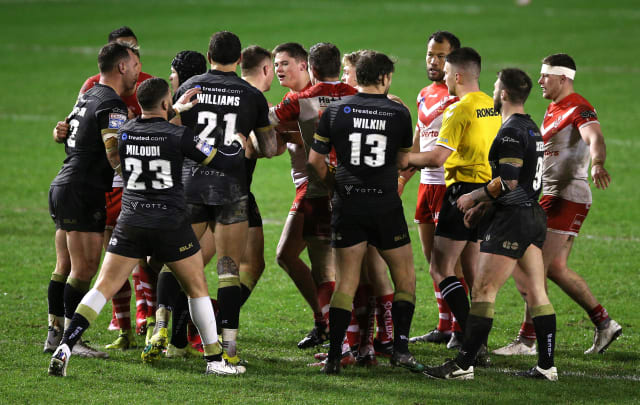 Toronto Wolfpack have had their record for the season expunged following their withdrawal from Super League for the remainder of the current campaign.

The league’s only transatlantic club cited “overwhelming financial
challenges” for their decision to temporarily withdraw from the competition earlier this week.

The League and the RFL will now consider the club’s future beyond this season.

A Super League statement read: “Following Toronto Wolfpack’s withdrawal from Betfred Super League 2020 earlier this week, the Super League Board agreed this afternoon that the club’s record for this season should be removed.

“Points earned in matches involving Toronto Wolfpack will be deducted, and for and against tallies will be adjusted accordingly.

“Individual players’ statistics will remain unaffected – but Man of Steel points earned in fixtures involving the club will be erased.

“Super League and The RFL Board will now give further consideration to Toronto Wolfpack’s future ahead of the 2021 season.”

Wolfpack had lost all six matches of their debut top-flight season. They had been due to resume against Hull KR on August 2.