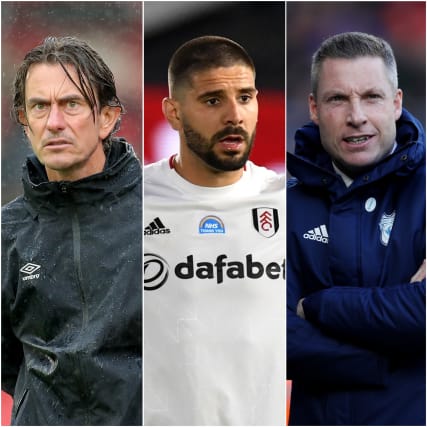 The line-up for the Sky Bet Championship play-offs has been confirmed following Wednesday’s dramatic final round of regular fixtures.

Brentford face Swansea and Fulham play Cardiff in the semi-finals, with those two-legged ties taking place across five days from July 26 to 30. The final is then at Wembley on August 4.

Here, the PA news agency takes a look at the sides involved.

Securing a first promotion to the Premier League this summer would end a 73-year wait for top-flight football for the third-placed Bees. After a superb eight-match winning streak, Thomas Frank’s team missed the chance to replace West Brom in the automatic promotion spots on Saturday as they lost 1-0 at Stoke, and it was a similar tale on Wednesday – Albion being held 2-2 by QPR meant a victory would have given Brentford second place, but they were beaten 2-1 by Barnsley. How they respond to that blow remains to be seen, but certainly they are a force to be reckoned with when on-song – attacking trio Ollie Watkins, Said Benrahma and Bryan Mbeumo have netted 57 league goals between them this term. Also, with the club leaving Griffin Park at the end of the campaign, they will be particularly eager to make the semi-final second leg at home against Swansea – who they have beaten twice this term – a joyous occasion.

Scott Parker’s Cottagers, aiming to bounce back to the top table at the first attempt, head into the play-offs in pretty decent shape, unbeaten in seven matches, with five of those having been victories. They drew 1-1 at Wigan on Wednesday, and it turned out that even if they had won that match, barring an unrealistic boost to their goal difference, it would not have been enough to see them move up from fourth to second. Fulham are another side with notable fire power – in Aleksandar Mitrovic, they have the division’s top-scorer for 2019-20. The Serbian has registered 26 goals, one more than Watkins. With regard to facing Cardiff, they previously did so only earlier this month, triumphing 2-0 at Craven Cottage.

The Bluebirds are also looking to make an immediate return to the Premier League after one season away. Following boss Neil Warnock’s departure in November with the club lying 14th in the table, things have gone well under his replacement Neil Harris and Cardiff are entering the play-offs in good form. The recent loss to Fulham was one of only two defeats in their last 11 outings, and Wednesday’s 3-0 win over Hull was a third successive victory. Earlier in the season, under Warnock, they drew with Fulham 1-1 at Cardiff City Stadium. Their goals are very much shared around – while Lee Tomlin is their top-scorer in the league with eight, four players have contributed seven.

The Swans, who were last in the Premier League in 2017-18, moved into the play-off places in memorable fashion on Wednesday as their 4-1 win at Reading, combined with Nottingham Forest’s loss by the same scoreline at home against Stoke, saw Steve Cooper’s men claim sixth spot on goal difference. That was among four victories in their last six games. Andre Ayew has scored 15 league goals this season, and Rhian Brewster – the 20-year-old striker who joined on loan from Liverpool in January – has really caught the eye since the restart, netting six times to take his tally for the Welsh outfit to 10.