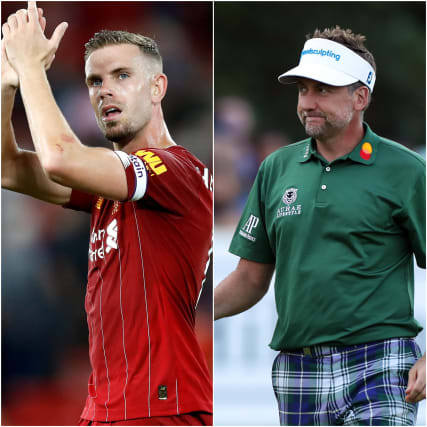 Here, the PA news agency looks at some of the best examples from July 22.

Georginio Wijnaldum reflected on his four-year anniversary of joining Liverpool from Newcastle and was excited to mark it by lifting the Premier League trophy.

And his captain Jordan Henderson was feeling proud after adding another award to his collection.

The Premier League offered a glimpse of the updated trophy.

Paris St Germain and France forward Kylian Mbappe was proud to be named the cover star for FIFA 21.

Rio Ferdinand had a career to shout about.

Yannick Bolasie, on loan at Sporting Lisbon from Everton, was getting himself in a spin.

West Brom will join Leeds in the Premier League with a win on Wednesday and former striker Salomon Rondon wished the Baggies luck.

But Woakes was able to celebrate England’s second Test win over the West Indies.

England and Lancashire opener Keaton Jennings had a proud achievement to share.

Ian Poulter showcased his skills from home on TikTok.

British Masters host Lee Westwood showed off one of his best moments on day one.

Daryl Gurney was gearing up for his last-16 clash with Vincent van der Voort at the World Matchplay.

Michael Smith was pleased and relieved to battle through against Mensur Suljovic.

Lewis Hamilton got on his bike.

Max Verstappen received broken parts of his car from his mechanics who “saved the day” after he crashed on the way to the grid in Hungary.

Former Wimbledon and French Open champion Garbine Muguruza was all at sea.

Genie Bouchard was looking forward to her first ever visit to Prague.