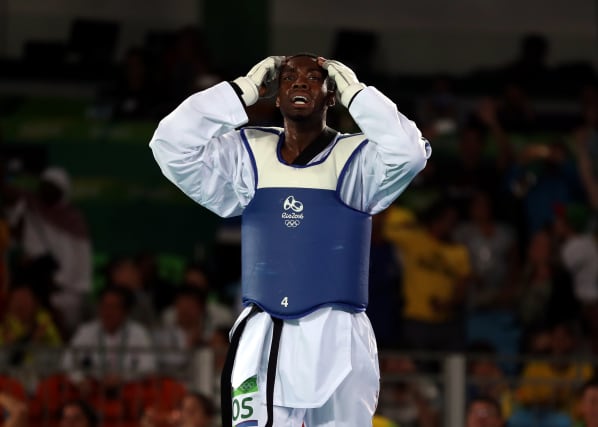 Ten years after emerging triumphant from his “martial arts X-factor”, Lutalo Muhammad is determined to write another chapter in his remarkable taekwondo career at next year’s re-arranged Tokyo Olympics.

Muhammad’s top-level odyssey has involved a rise to world number one, a furious selection row prior to the London 2012 Games, and a dramatic final defeat in Rio with just one second left on the clock.

With one year to go to the Games, Muhammad reflected on that remarkable journey which began when he entered GB Taekwondo’s ‘Fighting Chance’ initiative, in which budding martial artists are invited to try out for the elite squad.

Muhammad told the PA news agency: “At the time I was really in a phase when the Olympics was the biggest goal of the my life, coming out of the Beijing Olympics and seeing Usain Bolt and Michael Phelps.

“‘Fighting Chance’ came along and it was definitely one of the seminal moments of my life and career. It got me noticed, it got me into the academy and the rest is history. It was an amazing time – almost like a martial arts ‘X Factor’.

“I just have to be very proud of the achievements I’ve had in my career, and the irony is that the struggle that I’ve been through has probably made me bigger than I would have been if I’d just gone on and won gold.”

Muhammad claimed a bronze medal on his Olympic debut at London 2012 despite the build-up being dogged by controversy over his selection in the men’s -80kg category over reigning world number one Aaron Cook.

Four years later in Rio, Muhammad looked set to claim gold when he led Cheick Sallah Cisse of the Ivory Coast by two points in the dying stages – only to lose to a three-point spinning head-kick with one second left on the scoreboard.

And another potential test is looming for Muhammad, who has moved up to the men’s heavyweight category where he must go head to head with his long-time friend and former world silver medallist Mahama Cho for the single qualifying berth.

Muhammad added: “I always try to extract the positives out of any situation. I’ve got more time to grow naturally into a new weight division and I just see this whole period as a chance to take things to another level.

“Having that extra year to get even better prepared for what will now be an historic Olympics, as an athlete there is now even more inspiration and motivation to be a part of that history.

“With how my last two Olympics have gone, it would be a perfect chapter in what has already been a very storied career to win a gold medal at the Tokyo Olympics.

“It doesn’t really change my goal or focus. It’s really been what my whole career and life has been geared towards, and I believe it will be the crowning moment of my career.”