Moeen Ali looks forward with a change of focus 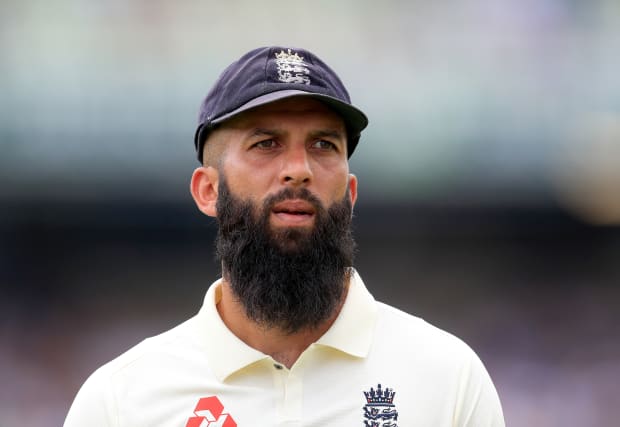 Moeen Ali insists he has not dwelt on his omission from England’s Test set-up as he expressed his joy at being appointed vice-captain to Eoin Morgan for the upcoming one-day international series against Ireland.

The all-rounder ended his self-imposed exile from Test cricket earlier this year but he and Jonny Bairstow were the notable absentees from England’s squad ahead of their #raisethebat series against the West Indies.

However, the World Cup-winning pair were named in a 24-man white-ball training group, allowing Moeen to forget about adding to his 60 Test caps and zero in on the three ODIs between July 30 and August 4 at the Ageas Bowl.

“Once I was left out, my focus changed on the white-ball stuff,” the 33-year-old told the PA news agency.

“I haven’t thought about it too much, I was left out so then my focus turned fully on white-ball and trying to win the series.”

Moeen has led Worcestershire to Finals Day of the Vitality Blast in the past two competitions, while he was due to captain Birmingham Phoenix in the inaugural edition of The Hundred this year until that was postponed by 12 months.

“To have that status and be valued like that from Morgy and Colly, for them to give me that opportunity is amazing for myself,” he said.

“I’m really pleased and I can always say one day that I was vice-captain for England, which is great.

“I’ll just do it how I feel. I know there’s no Jos, Rooty or Stokesy but I’ve done it for my county so I’m sure Morgy will trust me to do what I want.”

Moeen starred in England’s first intra-squad practice match on Tuesday, bludgeoning 85 from only 45 balls to help the side he was captaining to 325 for nine, with Bairstow earlier muscling his way to 127 from 88 deliveries.

Given the match was 40 overs per side, it was a mammoth total and one ‘Team Morgan’ was unable to chase down, all out for 225 in 32.3 overs as Moeen ended a pleasing day with three for 40 from 6.3 overs.

The 100-run win for ‘Team Moeen’ was largely immaterial considering Sam Hain, Liam Livingstone and Tom Banton all batted twice, while Collingwood fielded at one point with several players in the group nursing minor niggles.

But Moeen enjoyed the outing, adding: “You always need to play a couple of practice games before a series. It was nice to get back out and get back into the swing of things.

“It was nice to get some overs in. I feel like I’ve been bowling quite well so to get a few wickets was great.”