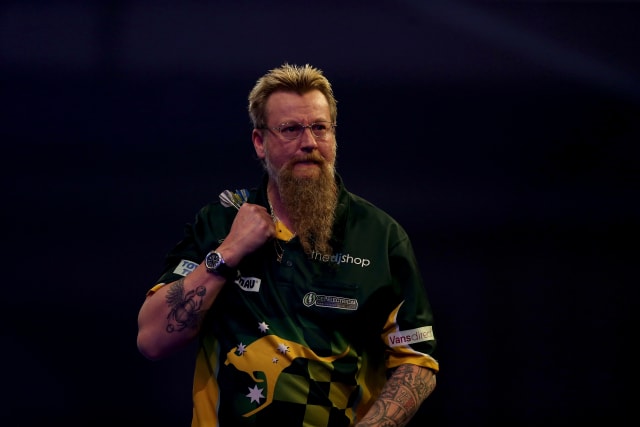 World number one Michael Van Gerwen crashed out of the PDC World Matchplay after a stunning performance from Simon Whitlock.

The Australian, seeded 16th in the behind-closed-doors tournament in Milton Keynes, produced one of the best displays of his career to thrash the two-time winner 11-4.

Van Gerwen was well below his best, converting just four of 24 double attempts, but Whitlock made him pay in style, racing into a 5-0 lead and never looking back.

The Wizard of Oz will now play Gary Anderson in the quarter-finals and will have an eye on the title as Van Gerwen follows fellow top four seeds Gerwyn Price and Rob Cross out of tournament.

“I have been playing online tournaments, I was very confident going into the match.

“At the moment, it is one of the best performances. Michael didn’t play his normal match, I know that, but I took full advantage of his poor form today.”

Anderson laid down his marker by beating James Wade.

Michael Smith is also in the last eight after he came from behind to beat Mensur Suljovic 14-12, but sixth seed Nathan Aspinall crashed out in the remaining first-round match.