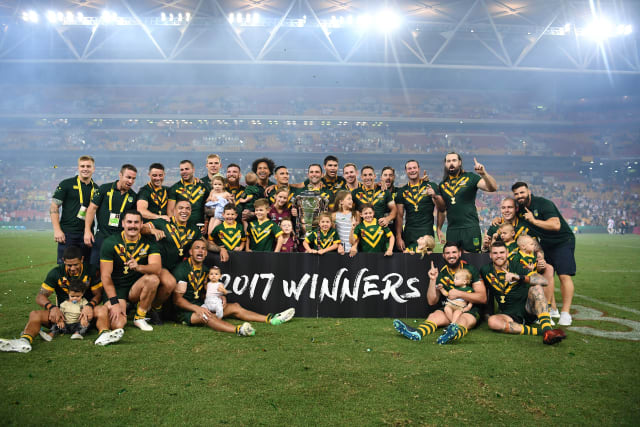 Australia will begin the defence of their title against Fiji in Hull at the 2021 World Cup.

The 2017 champions’ first match will take place on the evening of Saturday, October 23, at the KCOM Stadium.

Hosts England open the tournament against Samoa at St James’ Park on the same day, with a 2.30pm kick-off.

England will then face France at the University of Bolton Stadium on October 30, before taking on debutants Greece at Bramall Lane in their final Group A match on November 6.

Scotland’s Group B showdown with Australia takes place at Coventry’s Ricoh Arena On Friday, October 29, and they face Fiji on November 6.

Wales’ opening fixture is against the Cook Islands in Leigh on Wednesday, October 27. They meet Tonga on November 1 and finish the group stage against Papua New Guinea a week later.

The final takes place at Old Trafford on November 27.

In the women’s World Cup, England take on Brazil at Headingley on November 9. They also face matches against Papua New Guinea and Canada in Group A.