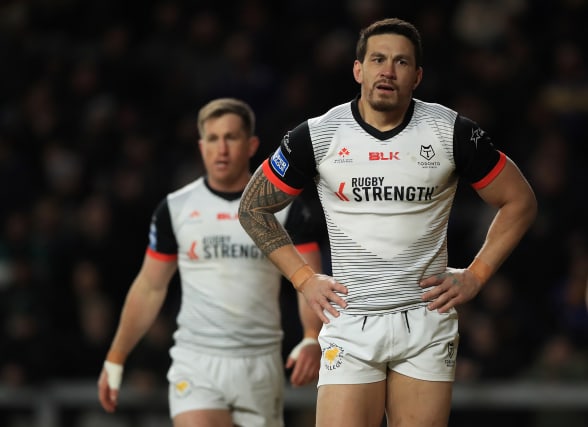 Toronto Wolfpack have sparked anger among rugby league chiefs by announcing their withdrawal from Super League for the remainder of the 2020 season.

The league’s only transatlantic club cited “overwhelming financial challenges” for their decision to temporarily withdraw from the competition.

Wolfpack had been due to resume the season against Hull KR on August 2 and their move drew a strongly-worded joint statement from Super League and the RFL.

The statement read: “Betfred Super League and the RFL are very disappointed to learn that Toronto Wolfpack will not be able to fulfil their obligations to Super League 2020.

“Super League Europe and The RFL have been in regular dialogue with the Wolfpack over the past weeks and months regarding the club’s ability to take part in the competition and firm assurances had been received as recently as last Thursday, 16 July.

“The club’s decision is especially disappointing given the imminent restart of the season.”

Despite the high-profile signing of Sonny Bill Williams, Toronto had lost their first six matches of their debut top-flight season and were facing the imminent prospect of relegation back to the Championship.

The club were already facing up to the prospect of having to cancel their remaining scheduled fixtures in Toronto, and indicated that the financial impact was too much to bare.

The club said in a statement:”Toronto Wolfpack can confirm that the club has informed both Super League Europe (SLE) and the Rugby Football League (RFL) that the team will not be restarting the campaign as scheduled on August 2.

“The Wolfpack will not participate in the conclusion of the 2020 Betfred Super League season, or in the remainder of the 2020 Challenge Cup.

“This decision has not been taken lightly, and in consideration of a range of factors specific to the club as the only transatlantic team in the league.”

The club said it would work with Super League and the RFL to “understand the process” of moving into next season.

SSE and the RFL added: “A discussion around the longer term consequences and the future of the Wolfpack in Super League will commence shortly.