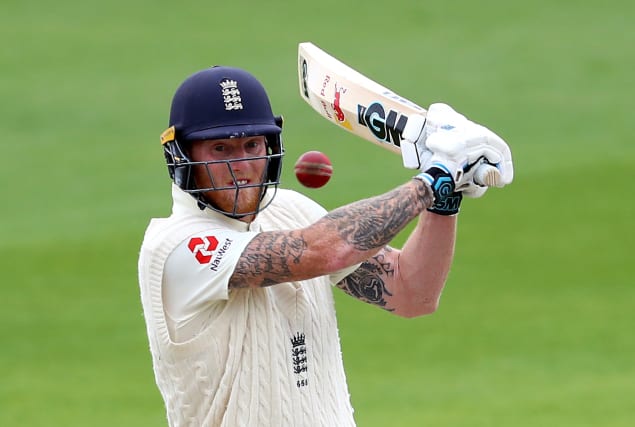 Joe Root concluded his England side are “in the presence of greatness” after witnessing the latest classic performance from cricket’s “Mr Incredible”, Ben Stokes.

England levelled their Test series against the West Indies at 1-1 with a wonderful fifth day finish at Emirates Old Trafford, with Stokes taking his increasingly inevitable role in the spotlight.

Having already set up the game with a brilliantly-paced 176 in the first innings, Stokes reeled through his repertoire as England turned a 311-run lead into a 113-run win late on the final evening.

Stokes had already scored a superb 176 and bagged a key first-innings wicket when he took the field on Monday but had plenty more to contribute.

Continuing an improvised role of at the top of the order, he hammered 62 runs in just 39 balls to finish unbeaten on 78 and with the fastest ever half-century by an England opener. His fearless ball striking yielded three sixes over long-off and four fours, in defiance of a world-class attack and eight permanent boundary fielders, and gave Root the added confidence he needed to declare with 85 overs remaining in the day.

Stokes bowled almost 15 of those, flogging himself with a short-ball strategy that earned him figures of two for 30 as the West Indies were dismissed for 198 just after 6.15pm.

“Everyone understands that we are watching a player at the peak of his powers, at the peak of world cricket, who is delivering time and time again,” said Root.

“He just seems to get better and better. I feel lucky, I don’t know what else to say. We have to savour that and we have to understand that we are – without wanting to pump his tyres too much – in the presence of greatness.

“He’s a genuine all-round player, something you don’t see much in world cricket. You get guys who have certain strengths and favour batting or bowling, but he’s someone you can genuinely turn to any time and he’ll change you a game. The sky’s the limit for him.”

Root had earlier hailed Chris Woakes as the squad’s ‘Mr Dependable’ for his under-the-radar performance, which saw him reach 100 Test wickets in just 34 caps.

Asked if he had a similar title in mind for Stokes, he cited a cartoon superhero from the Pixar canon.

“He’s Mr Incredible! I can’t think of a better one,” offered Root.

“He probably looks a bit the like the cartoon character too.”

Superheroes do not tend to pick up niggles, of course, and Stokes was quick to brush off the discomfort which forced him to abandon his final over after four balls.

England’s chances of winning the series 2-1 when the third Test gets under way at the same venue on Friday would plummet should he be injured, but he explained: “It was just my body starting to get really stiff. I’m fine.

“I’ll give everything to the team, whatever is asked of me. It’s a case of doing what’s needed at the time.”