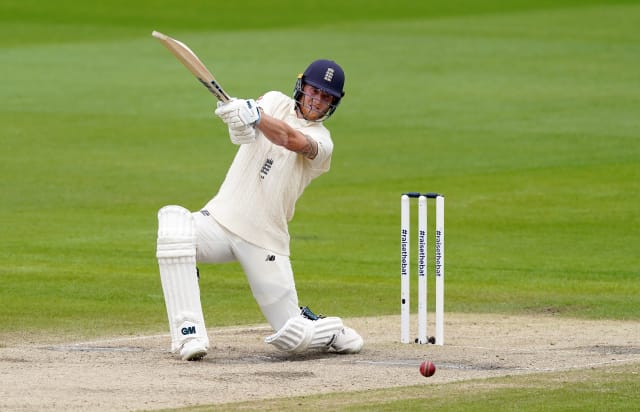 England declared with a lead 311 on the final morning of the second Test against the West Indies, with Ben Stokes’ brilliantly aggressive batting leading the charge.

The hosts resumed 219 ahead on 37 for two, looking to move the scoreboard along swiftly before beginning the job of hunting 10 wickets at Emirates Old Trafford.

They proceeded to pile on 92 runs in 11 overs, with improvised opener Stokes adding 62 off 39 balls to finish unbeaten on 78.

Despite eight fielders patrolling the boundary Stokes helped himself to three big sixes over long-off and four boundaries.

Captain Joe Root was run out attempting to give him the strike on 22, with Ollie Pope 12no at the end.

Root waved the side in after just under an hour, leaving 85 overs for his bowlers to level the series