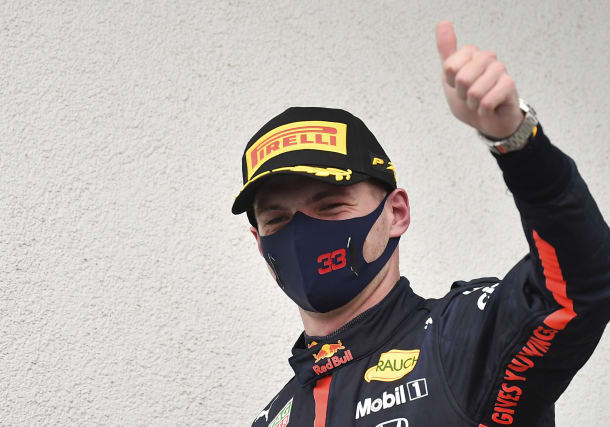 A relieved Max Verstappen said his drive to second felt like a victory after he crashed before the Hungarian Grand Prix had even started.

On his way to the grid in slippery conditions, Verstappen ended up in the barriers at Turn 12 after he lost control of his Red Bull through the right-handed corner.

Verstappen’s front wing broke off in the accident and the Dutchman also sustained damage to his suspension which should have left him on the sidelines.

But his mechanics performed a miracle to repair his wounded machine in just 20 minutes, allowing their number one driver to take the start.

Verstappen repaid their heroics by making up four places before the opening bend, and then holding off Mercedes’ Valtteri Bottas to finish second behind Lewis Hamilton.

“I thought the race was over before it had even started so to be second is like a victory,” said the 22-year-old, who moved up to third in the championship with his best result of the season.

“This podium is definitely dedicated to my mechanics. They did an amazing job to fix the car. I don’t know how they did it. It was incredible.

“I don’t think anyone could actually believe they managed it but they all stayed very calm so I am very pleased to pay them back with second.

“I braked, locked a wheel, came off the brakes and tried to brake again but went straight on into the wall. I couldn’t believe it but I managed to reverse out of the wall and get to the grid.”