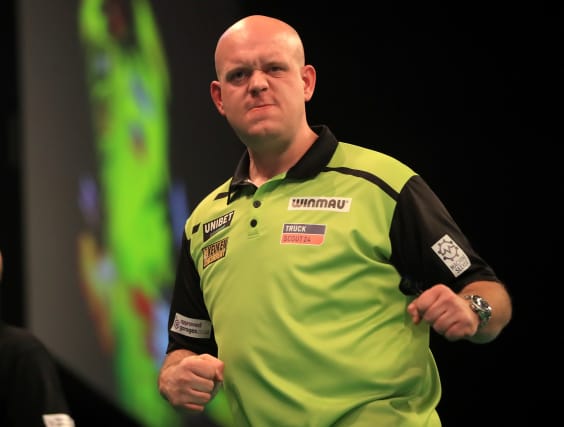 Michael Van Gerwen eased into round two by beating Brendan Dolan 10-7 on the opening night of the PDC World Matchplay in Milton Keynes.

With the event moved from Blackpool’s Winter Gardens to the Marshall Arena because of the coronavirus pandemic, Holland’s Van Gerwen maintained the form that saw him win two of the five Players Championship Summer Series events a week ago.

It looked like the three-time world champion would coast to victory when he broke Dolan’s throw in the third, fifth and seventh legs, but the Northern Irishman won against the darts in the sixth, eighth and 10th.

However, a poor 15th leg from Dolan allowed Van Gerwen to snatch it in 13 darts and a 57 checkout two legs later sealed the 31-year-old’s place in the next round.

Wade stormed into a 4-0 lead but then lost five legs on the spin, before regaining control with a break of throw in the 15th.

Brown broke back in the 18th but, with the contest seemingly heading for a sudden-death leg, Wade snatched the 21st leg and then sealed victory when he followed a 180 with double 18.

Gary Anderson, the winner of this event two years ago, won the last five legs to overcome Justin Pipe 10-5.

Krzysztof Ratajski was a 10-4 winner over Jermaine Wattimena – averaging an impressive 107.53 in the process – and Simon Whitlock beat Ryan Joyce by the same scoreline.