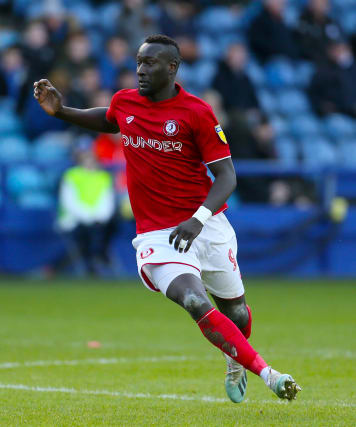 Bristol City striker Famara Diedhiou has been subjected to racial abuse online after missing a penalty in his side’s loss at Swansea on Saturday.

The Senegal international struck the post from the spot in City’s 1-0 loss at the Liberty Stadium, a result which officially ended their chances of reaching the Championship play-offs.

After the game the 27-year-old posted a screenshot on his Twitter page of another user who sent him a message consisting of three banana emojis.

Diedhiou accompanied the picture with the word “Why??”.

City also tweeted: “We stand with Famara Diedhiou and anybody who has to suffer racism in any shape or form. There is no excuse or justification for this disgusting behaviour.”