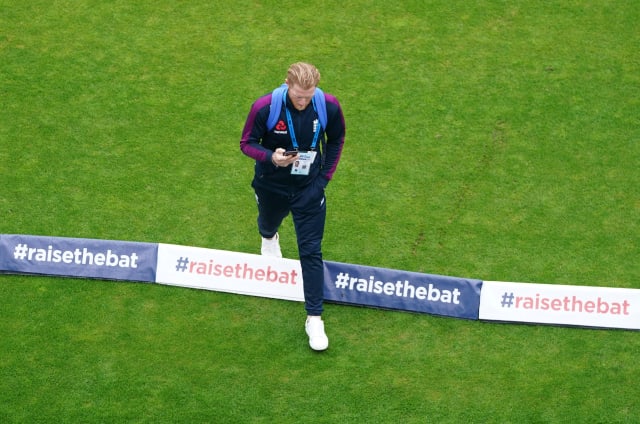 Ben Stokes has accepted England will need to bowl the West Indies out twice in as many days after a washout halted their momentum in the second Test in Manchester.

Stokes’ masterful 176 allowed England to declare on an imposing score of 469 for nine on Friday evening, before Sam Curran landed the late wicket of opener John Campbell to force home the advantage.

The West Indies, 1-0 up in the three-match series as they look to retain the Wisden Trophy, were due to resume on 32 for one but day three was called off without a ball being bowled after persistent rain at Emirates Old Trafford.

That has put the pressure back on the hosts, who now have no time to lose if they are to press home a hard-won advantage.

Realistically their best hope of setting up a decider at the same ground next week requires them to skittle the tourists cheaply enough to enforce the follow-on and then picking themselves up to take 10 more wickets before time runs out.

“But the wicket has offered something throughout the whole Test so far, so we just need to make sure we can expose that. We know that once we get on a roll, anything is possible with the bowling attack we have.”

Stokes is the only member of England’s pace unit that played in last week’s four-wicket defeat at the Ageas Bowl, where he claimed six victims while captaining the side in Joe Root’s absence, meaning fatigue should not be a concern.

Stuart Broad is fit, firing and desperate to prove a point after being left out on home soil for the first time in eight years in Southampton, Chris Woakes boasts an outstanding record in home conditions and Curran’s left-arm swing provides a neat point of difference.

Spinner Dom Bess, meanwhile, will have been heartened by the five-wicket haul his opposite number, Roston Chase, completed over the first two days.

“All our bowlers have got different assets. I think Bessy might come into the game,” Curran told BBC Radio’s Test Match Special.

“It’s very frustrating but we’re pretty confident we’ve still got enough time in the game to win this. The position we’re in now is great but the rain, we can’t do anything about it.

“It’s going to come down to us bowling them out twice. The West Indies bowlers swung the ball consistently and that was really exciting to see in the dressing room.”