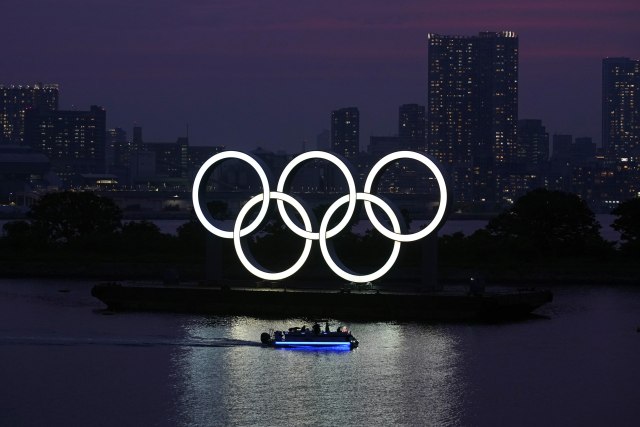 Cancelling the Olympic Games in Tokyo amid the coronavirus pandemic could cost two or three times more than staging the event, the president of the organising committee has warned.

Tokyo 2020 bosses presented a status report on the Games, which have already been delayed by 12 months, to the International Olympic Committee session which was held virtually on Friday.

Enthusiasm for the Games in Japan appears to be waning, with almost 30 per cent of respondents to a recent telephone poll of Tokyo residents calling for the event to be cancelled.

Tokyo 2020 president Yoshiro Mori took a dim view of that suggestion and said: “If we cancel the Games the cost will be two times the current cost that is required.

“We do not decide on the fate of the Olympic Games considering only the convenience of Japan alone.”

Asked to expand on why costs would increase in the event of cancellation, he said: “If you follow the conventional thinking and common knowledge, if the Games are cancelled it’s going to create a lot of waste.

“You have already invested in certain things and if the Games are not going to happen it certainly will result in a big (amount of) waste.

“For example, if the Games are cancelled who is going to make the compensation for various reasons? Who is going to pay the money to compensate for the losses? If you follow the common knowledge you would easily come to two times or even three times more (in additional cost).”

Organisers confirmed that all venues, including those staging the sports and the Olympic and Paralympic village, had now been secured for next year.

Tokyo 2020 chief executive Toshiro Muto said they had also presented 200 ways of “simplifying” the Games which would help keep the increased costs of rescheduling to a minimum.

He said one area they were looking at was a reduction in the number of stakeholders attending, for instance from national Olympic committees.

He stressed there would be no impact of any of these changes on athletes or the competition, which he said was the “fundamental element”.

Rules on staging protests during Olympic Games competition and ceremonies will be discussed with athletes, IOC president Thomas Bach has said.

Rule 50 of the Olympic Charter states that the field of play and medal events should be “separate from political, religious or any other type of interference” but it has been criticised recently, with the Athletics Association saying it is not fit for purpose.

There is a concern that athletes will be penalised if they show support for the Black Lives Matter movement during next summer’s rescheduled Games in Tokyo.

Now, Bach says his organisation’s Athletes Commission will consult on the rule.

“Solidarity and non-discrimination are in our DNA,” Bach said.

“Therefore we appreciate all the athletes, and anybody, who supports these values by expressing themselves or who are helping others by engaging in their communities.

“In this context, we have to make some remarks with regard to the discussion about Rule 50 of the Olympic Charter.

“It is important to emphasise that the athletes have already multiple opportunities to express their views also during the Olympic Games – press conferences, mixed zones, social media, interviews, TV meetings and others. Rule 50 addresses only the field of play and the ceremonies.

“To reconcile these values of free expression on one hand and respect for each other on the other, the IOC Athletes Commission has initiated a dialogue among athletes on how they can even better express their support for Olympic values in a dignified and non-divisive way.”

The newly-formed Athletics Association, set up to provide a louder voice for track and field competitors, set out its opposition to Rule 50 in a statement issued on Friday, arguing that “very little has changed” since John Carlos and Tommie Smith were sanctioned for their Black Power salute at the 1968 Games in Mexico City.

“It’s clear that the IOC’s Rule 50 is not fit for purpose and is in fact preventing athletes from displaying Olympism at the Olympic Games,” the statement added.

“We also call on national Olympic committees around the world to support the athletes that represent their countries on the world’s biggest sporting stage, by guaranteeing that any athlete that peacefully protests in the spirit of Olympism will face no sanctions or punishment.”

Bach confirmed he would stand for a second four-year term as president at next year’s elections, which will take place in Athens in June.

“If you, the IOC members, want, I am ready to run for a second term as IOC president and to continue to serve you and this Olympic movement, which we all love so much, for another four years,” the German said.