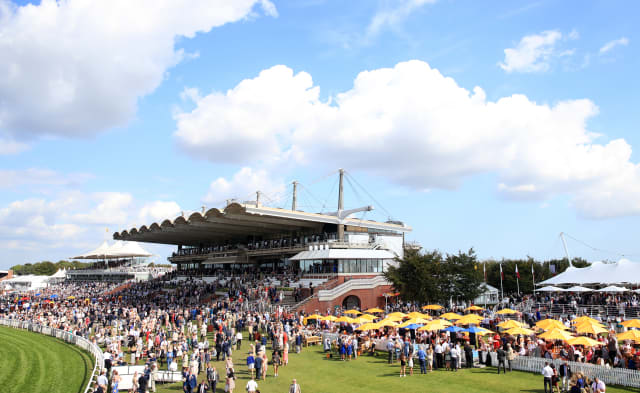 Spectators will return at selected sporting events in England later this month, with a view to crowds coming back more widely on a socially-distanced basis from October.

The World Snooker Championship, the Glorious Goodwood horse racing festival and two county cricket friendlies will pilot the return of spectators, who have been unable to attend sporting events since the suspension of mass gatherings in March due to the coronavirus pandemic.

The news was announced as part of a further easing of lockdown measures by Prime Minister Boris Johnson on Friday, which in some areas appear to put him at odds with his chief medical advisers.

Nevertheless, the ‘stage five’ guidance on the return of spectators to venues has now been issued, with October 1 the target date if the trials are successful and should conditions in the country at that time allow it.

The two-day county cricket match between Surrey and Middlesex, scheduled for July 26 and 27, will be the first event to feature crowds, followed by the delayed World Snooker Championship which begins in Sheffield on July 31 and the final day of Goodwood on August 1, when 5,000 spectators are set to attend.

The news was welcomed by a variety of sports governing bodies and clubs.

The Football Association, which announced on Thursday that England would host Wales at Wembley in a friendly on October 8, said: “Supporters are the lifeblood of our national game, and that has been underlined by how much their absence has been felt at matches over the last month.

“We pay tribute to everyone that has worked so hard to get matches on in these challenging times, including the Emirates FA Cup semi-finals to be played at a behind-closed-doors Wembley Stadium this weekend, but elite-level football without fans is simply not the same.

“We will continue to work closely with the relevant authorities on how we can bring them back in a safe and secure manner, including any help we can provide to the proposed pilot events.”

Clubs in the English Football League have been particularly hard hit by the loss of matchday revenue, and a league spokesperson said: “Clearly today’s significant announcement by the Prime Minister starts to provide some clarity as we collectively work towards the reopening of turnstiles and welcoming fans back into stadia at EFL clubs.

“We will continue to work with our colleagues at DCMS, the Sports Grounds Safety Authority (SGSA) and the wider football family in order to deliver on the timeframe and to assist clubs with the inevitable operational and financial challenges this will bring.”

The stage five guidance on spectators returning to sports events states that the capacity allowed in a venue will vary depending on its layout, rather than being set at a fixed percentage.

As well as the venue itself, consideration on capacity must also be given by event organisers to how safe it is for spectators to access it.

The guidance states that “competition venue capacity will be significantly reduced from normal safe capacity”.

Competition organisers will need to use detailed guidance from the Sports Grounds Safety Authority (SGSA) when calculating the revised capacity of venues.

Spectators will be warned not to attend if they are suffering any of the symptoms of Covid-19, and group bookings of tickets must be for households or permitted bubbles only.

Venues will be expected to lay on additional hygiene facilities and employ measures to minimise spectators’ use of public transport.